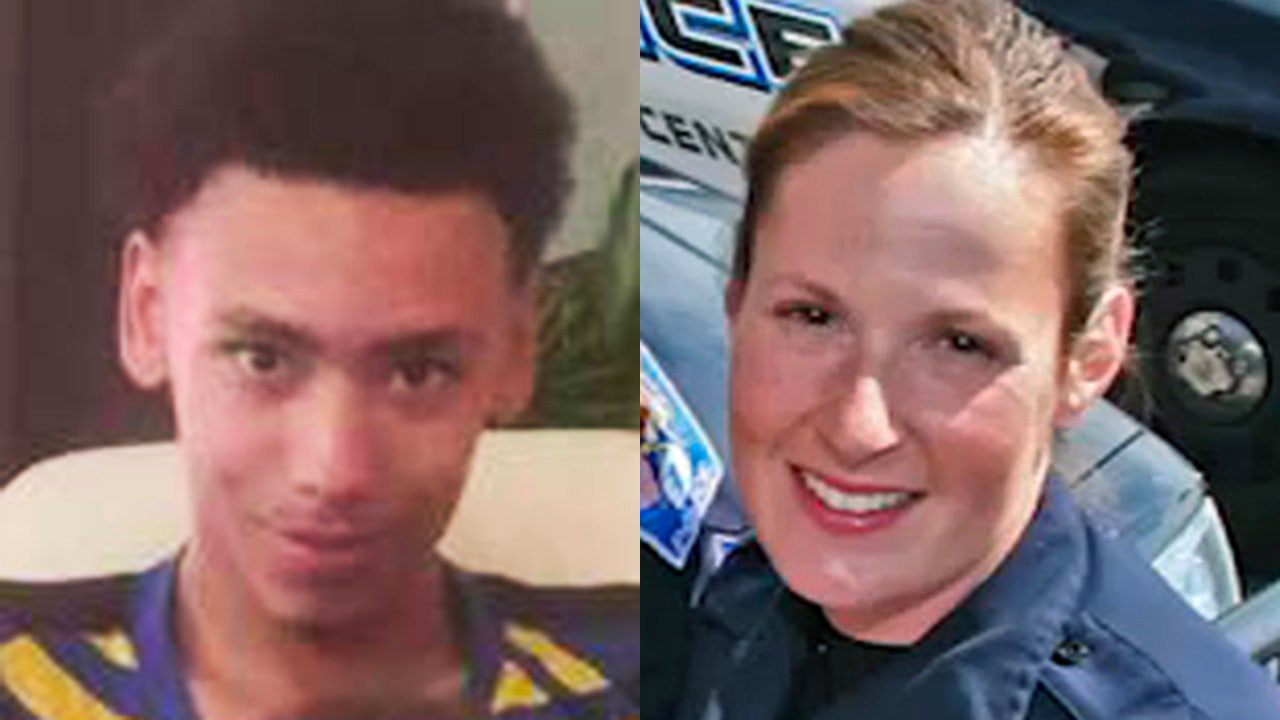 MINNEAPOLIS, Minn. – The highly anticipated trial for the former Minnesota police officer Kim Potter facing manslaughter charges in the shooting of Daunte Wright kicked off Wednesday with testimony from both Wright’s mother and the officer who Potter was training during the deadly traffic stop last April.

Taking the stand Wednesday, trainee officer Anthony Luckey testified that he was trying to stop Wright from getting back in his car and driving off when Potter yelled, “Taser, taser, taser,” and shot Wright once in the chest.

Potter then sat down on the curb and yelled, “Oh my God,” multiple times while crying and rocking back and forth.

“No you’re not,” Luckey responded.

“Kim, that guy was trying to take off with me in the car,” Sgt. Mychal Johnson added.

Officer Kim Potter fatally shot Daunte Wright after mistaking her handgun for her taser during a struggle on April 11.

Also called to testify as a character witness was Daunte Wright’s mother, Katie Bryant, who tearfully recounted what happened on the day that her 20-year-old son was shot and killed. Bryant said that Wright called her after he was pulled over for having an air freshener on his rearview mirror and expired tags. An officer came back to the car and asked Wright to put the phone down and get out of the car.

After the phone was hung up, Bryant said she FaceTimed her son back multiple times and eventually a female passenger picked up the call.

“A female answered the phone as I was FaceTiming and she was screaming. And I was like, ‘What’s wrong?’ And she said, ‘They shot him,’ and faced the phone toward the driver’s seat, and my son was laying there. He was unresponsive. He looked dead. And I heard somebody say hang up the phone again, and it disconnected again,” Bryant said.

Anthony Luckey, the cop who Kim Potter was training, testified that he was trying to take Daunte Wright into custody on an outstanding warrant.

The prosecution played a video of Bryant frantically arriving at the scene, where Wright’s body was covered by a white sheet.

“I was so distraught. I didn’t know what was happening,” Bryant said. “I didn’t want to believe that was my son laying on the ground but I could tell it was him because of his tennis shoes.”

Wright’s mom then told a defense attorney under cross-examination that Wright did not have a driver’s license at the time and there was no car insurance on the vehicle.

Daunte Wright’s mother, Katie Bryant, tearfully recounted her conversations with her son on the day that he was killed.

Officers tried to arrest Wright because he had an outstanding warrant for a weapons violation, which Bryant said she was not aware of until she arrived at the scene. The jurors also heard opening statements from the defense and prosecution in the morning.

“She was good at de-escalating everything and here that is what she was trying to do,” Engh said, adding that “’I’ll tase you’ is another way of saying ‘please stop so I don’t have to hurt you.’”

Engh began the defense’s opening argument by saying that “all Mr. Wright had to do was stop.

“He was told he was arrested on a warrant. He resisted, she said ‘I’ll tase you’ and all he had to do was surrender,” Engh said. “That wasn’t his plan, he continued on with his struggle.”

“She knows that if he is not stopped – Mr. Wright’s not stopped – he is about to drive away with a police officer dangling from his car,” Engh later said.

“She made a mistake. This was an accident. She is a human being,” he added. “But she had to do what she had to do to prevent a death to a fellow officer too.”

Daunte Wright, left, was killed in an April traffic stop. Kim Potter, right, is charged with manslaughter in his killing.
(Facebook/Hennepin County Sheriff)

At times, the defense attorney appeared animated, sometimes pounding on the lectern in an apparent bid to drive home points he was making to the jury.

“Mrs. Potter’s good name has been besmirched by this allegation which is not true and by the press coverage which has been slanted,” Engh said while wrapping up the defense’s opening argument. “And we seek to reclaim it, and reclaim it we will.”

Erin Eldridge, an assistant attorney general with the Minnesota Attorney General’s Office, said in opening statements for the prosecution that Brooklyn Center Police Officers have a duty “to protect life, not to take life.”

While two lone protesters remained shouting on a bullhorn for justice in Wright’s killing in the morning, prominent civil rights attorney Ben Crump held a brief press conference outside the Hennepin County Government Center when the proceedings paused for a lunch break. At his side were Wright’s mother and other relatives, as well as a friend and former accomplice of the deceased Minneapolis man.

Emajay Driver, who cut a plea deal over a 2019 attempted robbery involving Wright, was outside the courthouse Wednesday and remained quiet when asked about the incident by a Fox News Digital reported.

The victim in that crime, a young woman, recently recalled to Fox News Digital how Wright and Driver came over to her apartment for a night of drinking and smoking pot but lingered until the next morning.

Wright shoved a gun in her face and choked her, while fishing into her bra for cash she had tucked away to pay rent later in the day, the woman said. Wright died with charges still pending.

Speakers also called for the release of Cortez Rice, a Black Lives Matter activist being held without bond after allegedly intimidating the judge in Potter’s trial.