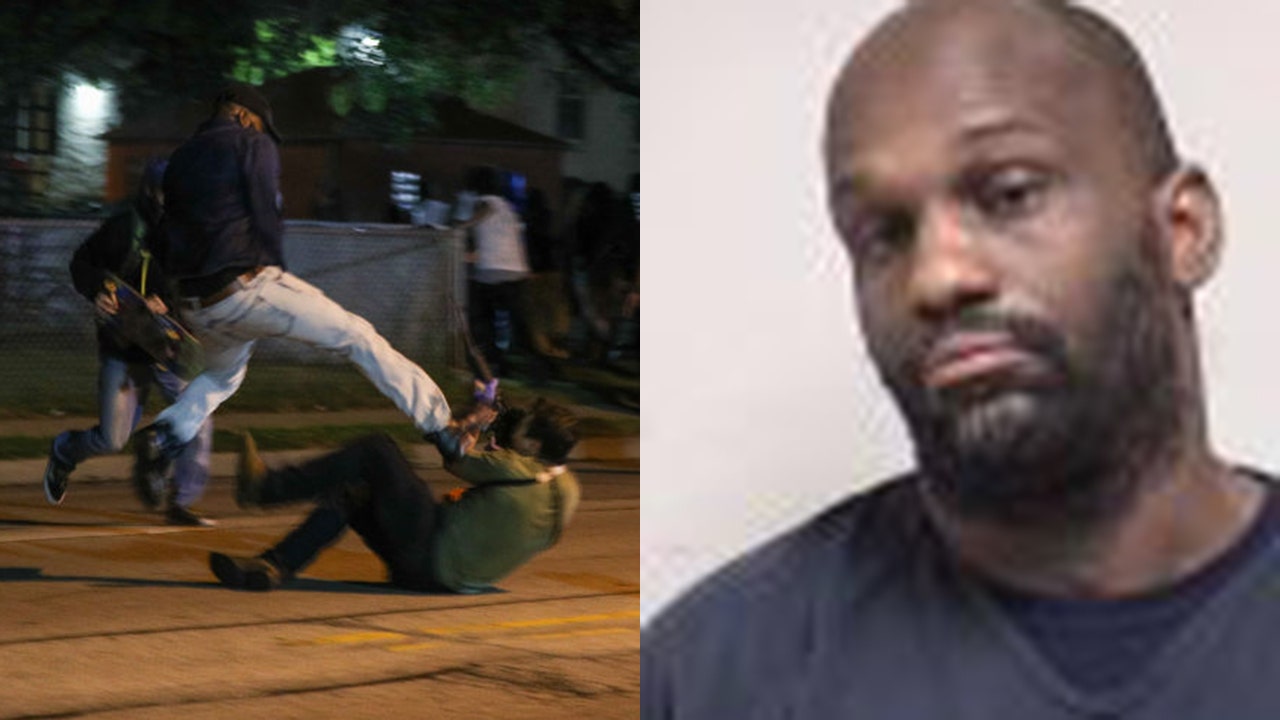 The individual who was known as “jump kick man” during the trial of Kyle Rittenhouse is 39-year-old Maurice Freeland of Wisconsin, defense attorneys revealed to Fox News on Thursday.

A video played at trial appears to show Freeland running at Rittenhouse and kicking him shortly after the teenager shot and killed Joseph Rosenbaum.

Rittenhouse testified at trial that he fired at Freeland in self-defense but missed.

“I thought if I were to be knocked out – he would have stomped my face in if I didn’t fire,” Rittenhouse told the jury.

Prosecutors argued during the trial that the men who confronted Rittenhouse were trying to stop an “active shooter.”

Maurice Freeland is the man who was referred to as “jump kick man” throughout the Kyle Rittenhouse trial, according to defense attorneys. (Photo by Tayfun Coskun/Anadolu Agency via Getty Images)

Freeland approached the prosecution to testify in exchange for immunity for other charges, including a DUI, but they rejected the offer, according to a source familiar with the discussions.

Wisconsin arrest records show that Freeland has a lengthy criminal history, including charges for battery, disorderly conduct, possession of marijuana, and other offenses this year.

Freeland could not be reached for comment on Thursday.

Maurice Freeland has a lengthy criminal history in Wisconsin, including charges for battery, disorderly conduct, and driving while intoxicated this year.
(Kenosha County Sheriff’s Department)

Rittenhouse is facing one count of first-degree recklessly endangering safety with a dangerous weapon for firing the shots at Freeland. The crime carries a maximum sentence of 12 1/2 years in prison, plus up to five more years with the weapons modifier.

Kyle Rittenhouse, center, pulls out his chair for a meeting Judge Bruce Schroeder called during his trial at the Kenosha County Courthouse in Kenosha, Wis., on Thursday, Nov. 18, 2021. (Sean Krajacic/The Kenosha News via AP, Pool)

Before Rittenhouse fired the two shots at Freeland, a drone video appeared to show 36-year-old Joseph Rosenbaum chasing after Rittenhouse before the teenager turned around and fired four shots at him, fatally striking Rosenbaum.

A crowd then began to follow Rittenhouse up a nearby street.

As Freeland appeared to kick Rittenhouse, 26-year-old Anthony Huber swung his skateboard at the teenager. Rittenhouse then shot Huber once fatally in the chest.

Seconds after that, Rittenhouse shot 28-year-old Gaige Grosskreutz in the bicep. Grosskreutz testified at trial that he pointed his handgun at Rittenhouse before being shot, but said it was unintentional.

Rittenhouse’s attorneys argued during the trial that their client acted in self-defense, while the prosecution said that the men were trying to stop an “active shooter” and were provoked by Rittenhouse.