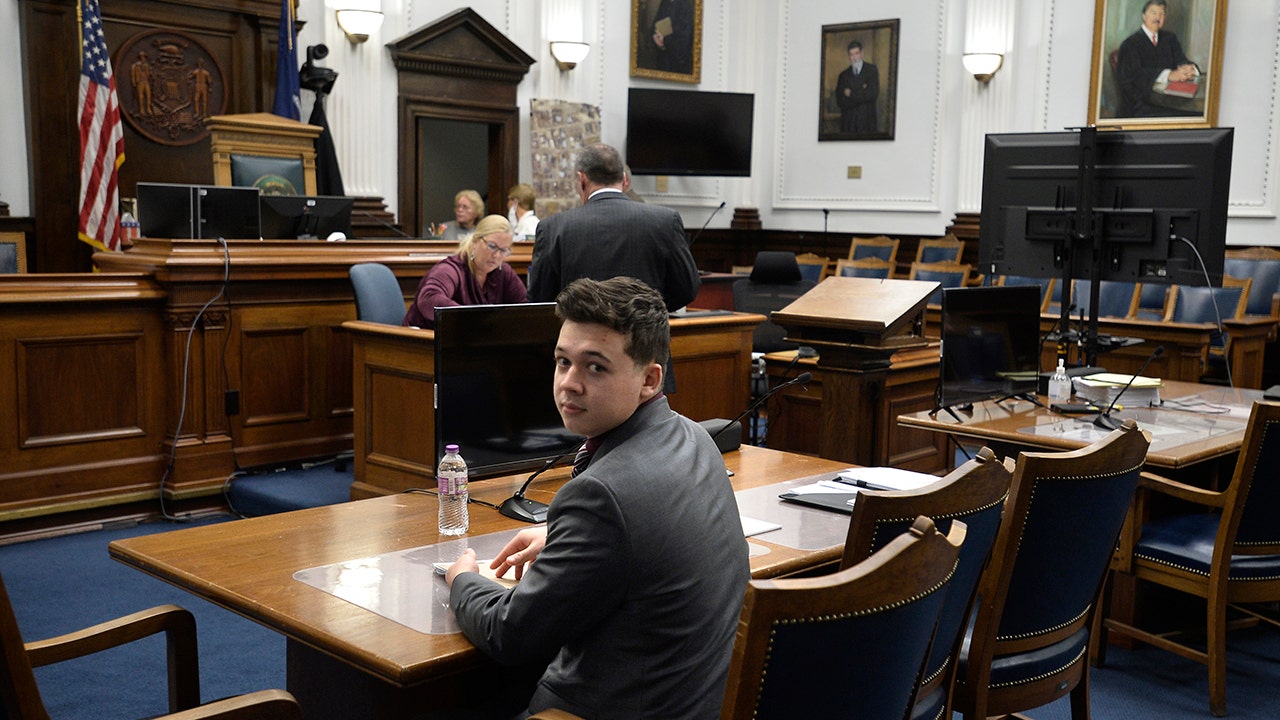 The first man shot and killed by Kyle Rittenhouse on the streets of Kenosha was acting “belligerently” that night but did not appear to pose a serious threat to anyone, a witness testified Friday at Rittenhouse’s murder trial.

Jason Lackowski, a former Marine who said he took an AR-15 semi-automatic rifle to Kenosha last year to help protect property during violent protests against racial injustice, said Joseph Rosenbaum “asked very bluntly to shoot him” and took a few “false steppings … to entice someone to do something.”

Lackowski got up from the witness stand and demonstrated what he called “false stepping.” He took a small step and slight lurch forward, then stopped.

But Lackowski, who was called as a witness by the prosecution, said he viewed Rosenbaum as a “babbling idiot” and turned his back and ignored him.

His testimony showed a contrast between how the experienced military veteran viewed Rosenbaum and earlier testimony that Rittenhouse — who was 17 at the time — may have perceived Rosenbaum as a threat.

Rittenhouse, now 18, is charged with shooting three men, two fatally, in the summer of 2020. The one-time police youth cadet had gone to Kenosha with an AR-style rifle and a medical kit in what he said was an effort to safeguard property from the demonstrations that broke out over the shooting of Jacob Blake, a Black man, by a white Kenosha police officer.

Rittenhouse is White, as were those he shot. Prosecutors have portrayed Rittenhouse as the instigator of the bloodshed, while his lawyer has argued that he acted in self-defense, suggesting among other things that Rittenhouse feared his weapon would be taken away and used against him.

On Thursday, Richie McGinniss, who was recording events on a cellphone that night for the conservative website The Daily Caller, testified that Rosenbaum chased Rittenhouse and was gunned down as he lunged for the young man’s rifle.

“I think it was very clear to me that he was reaching specifically for the weapon,” McGinniss said.

Also Thursday, Ryan Balch, a former Army infantryman who carried an AR-style rifle that night and walked around patrolling the streets with Rittenhouse, testified that Rosenbaum was “hyperaggressive and acting out in a violent manner,” including trying to set fires and throwing rocks.

Balch said he got between Rosenbaum and another man while Rosenbaum was trying to start a fire, and Rosenbaum got angry, shouting, “If I catch any of you guys alone tonight I’m going to f—- kill you!”

Balch said Rittenhouse was within earshot and that he believed the threat was aimed at both of them.

The killing of Rosenbaum, 36, has emerged as one of the most crucial and disputed moments of the night. It is one of the few moments not clearly captured on video.

According to testimony, Rosenbaum was unarmed and did not hurt anyone that night.

His killing set in motion the bloodshed that followed moments later. Rittenhouse shot and killed Anthony Huber, 26, a protester from Silver Lake, Wisconsin, who was seen on bystander video hitting Rittenhouse with a skateboard.

Rittenhouse then wounded Gaige Grosskreutz, 27, a protester from West Allis, Wisconsin, who had a gun in his hand as he stepped toward Rittenhouse.

Rittenhouse could get life in prison if convicted in the politically and racially polarizing case that has stirred furious debate over self-defense, vigilantism, the right to bear arms and the racial unrest that erupted around the U.S. after the killing of George Floyd in Minneapolis and other cases like it.

Before court resumed Friday, the judge granted the request of a pregnant juror to be dismissed because she was experiencing discomfort. She was the second juror dismissed: A retired man was dropped from the case Thursday after making a joke about Blake’s shooting.

Eighteen people remain on the panel: Twelve will be designated to decide the case; the rest are alternates.