Albert Corado, the brother of a woman accidentally killed by Los Angeles police during a 2018 gun battle with an armed suspect said he was taken back to that tragic day after a 14-year-old girl was fatally struck by a police bullet last week in the same shopping center he and sister visited as kids.

The Nov. 23 death of Valentina Orellana-Peralta has renewed criticisms of the Los Angeles Police Department’s tactics when engaging suspects. During the confrontation, an officer fired three rounds at Daniel Elena Lopez, 24, after he allegedly damaged property at a Burlington Coat Factory, tried to rob two females and left a female shopper bloodied from an attack with a bicycle lock.

LOS ANGELES: SUSPECT WITH PICKAXE WALKS OUT OF RITE AID WITH BASKET OF LIQUOR, COPS SAY

Investigators believe Orellana-Peralta was struck by a round that ricocheted off the floor and went through the dressing room wall where she was with her mother trying on dresses.

“There’s a lot of similarities,” Corado, who is running for City Council, told Fox News of both deadly shootings. “They were different in age but both were just going about their daily lives and then were shot dead because of the LAPD.”

On Monday, the department released video clips, radio transmissions and 911 calls of the encounter. Police body camera footage shows officers entering the store after receiving calls about an assault and possible shots fired.

Flowers sit in from of a Burlington Coat Factory in North Hollywood where a suspect and Valentina Orellana-Peralta were killed by police bullets. Investigators believe Orellana-Peralta was accidentally struck while in a dressing room.
(Family handout)

A cable lock was found near him. No weapon was found. As officers surround a wounded Lopez, loud screaming can be heard in the distance, according to the released police footage.

“As I lay screaming for help, the police did not come to help me or my daughter but I kept screaming,” Orellana-Peralta’s mother, Soledad Peralta, said in a statement read by civil rights attorney Ben Crump in an emotional news conference on Tuesday.

An attorney for the teen’s mother said they want the police department to release all video footage from the scene and want the officer who fired to be held accountable as they issued a tearful call for justice.

“There was no weapon, there was no active shooter, and so that may be multiple problems, whether it be a system failure, whether it be somebody who just shouldn’t have even been on the job,” said attorney Rahul Ravipudi.

Corado was critical of the shooting, saying the officers chose to open fire first without regard for the lives of shoppers and store employees.

“This could have played out in a number of different ways and I think they chose the way that was guaranteed to not only kill this person but possibly kill someone else,” he said. “I think that’s indicative of the way the LAPD chooses to operate. Lethal force, I think is seen as the number one thing to do. You have a guy with a bike lock going up against heavily armed, heavily body-armored police officers. If you’re telling me that three or four police officers couldn’t apprehend a guy with a bike lock then I don’t know what we’re paying them to do.”

Fox News has reached out to the LAPD. According to the Los Angeles Times, the LAPD has shot at least 38 people this year, up from 27 last year.

For Corado, the shooting recalled a similar deadly incident in July 2018 when his sister, Melyda Corado, 27, was struck by gunfire at the Trader Joe’s where she worked as a store manager. The suspect, Gene Evin Atkins, 28, allegedly shot his grandmother before leading police on a high-speed chase across the city and exchanging gunfire with officers multiple times before arriving in front of the grocery store.

Melyda Corado was shot and killed by a Los Angeles police officer during a gun battle with an armed suspect. The 2018 shooting has received renewed attention following the death of a girl, 14, at a clothing store who was struck by a police bullet during a confrontation with a suspect.
(Facebook)

One round struck Atkins in the left elbow and the other hit Corado.

“The officers knew the Trader Joe’s store was filled with customers and employees,” a memorandum from the Los Angeles County District Attorney’s Office said. “When officers fired at Atkins, no bystanders were visible behind him or in the line of fire.”

Prosecutors declined to charge the officers. When Orellana-Peralta was skilled, Corado said his father texted him and read a news article as the story was unfolding.

Footage released by the LAPD shows the dressing room where Orellana-Peralta was shot and killed.
(LAPD )

“It did take me back to that helpless feeling,” he said. “Then I felt that was my sister. My sister was from the [San Fernando] Valley and we went to that shopping center alot. It really kind of opened up the old trauma for me.”

The California Department of Justice is investigating the clothing store police shooting. 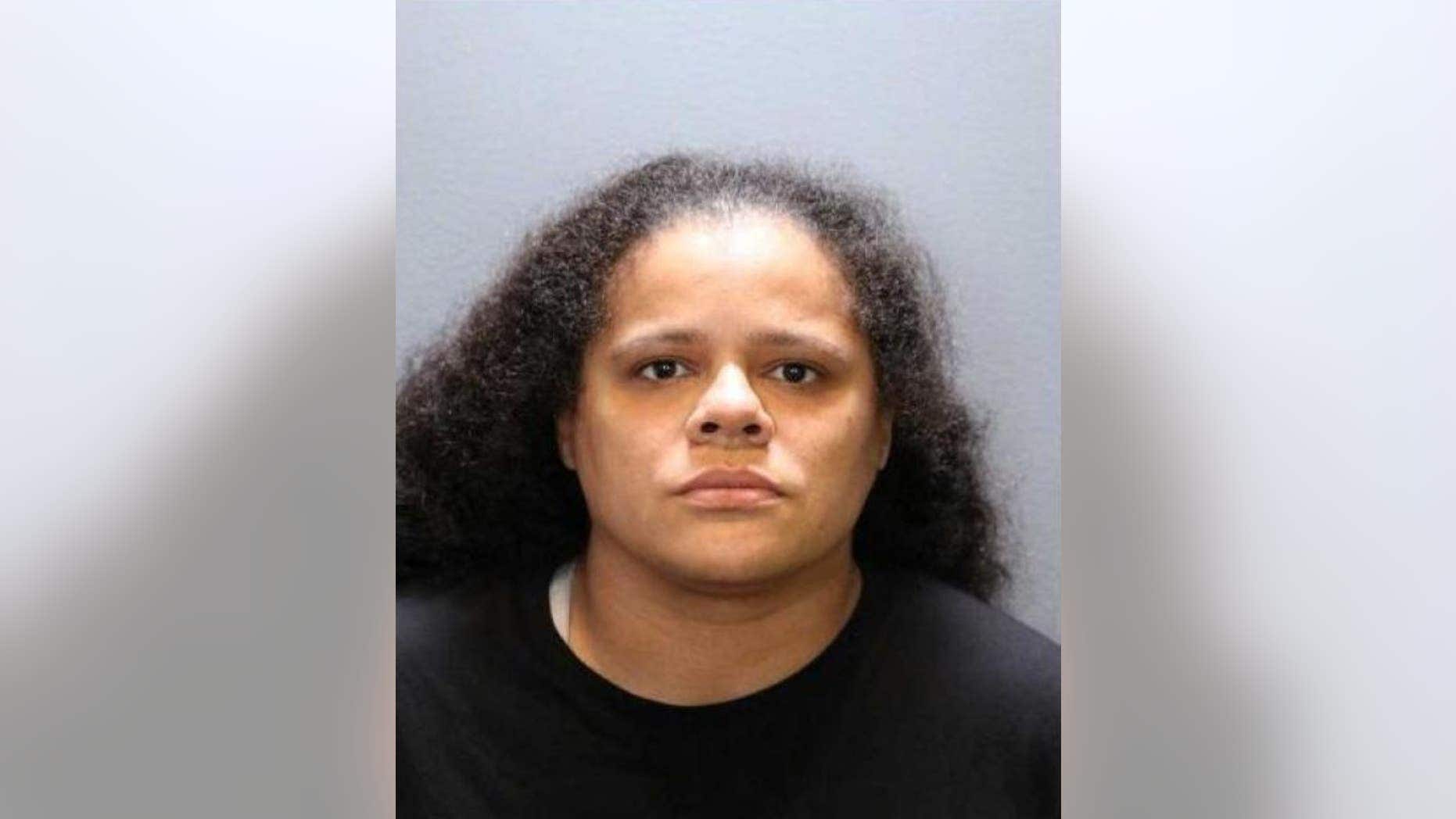 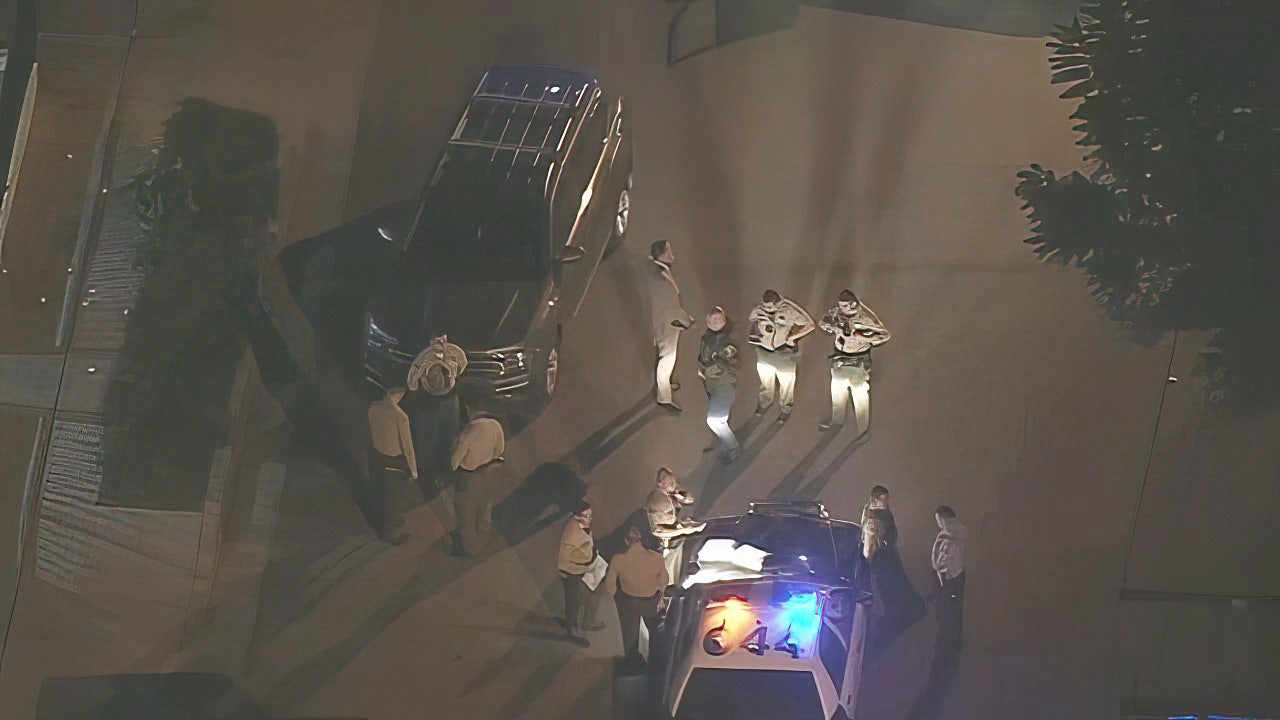 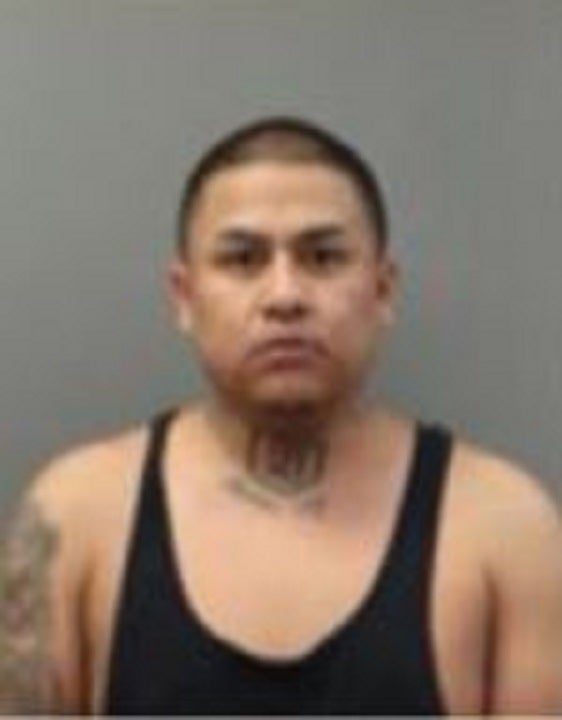