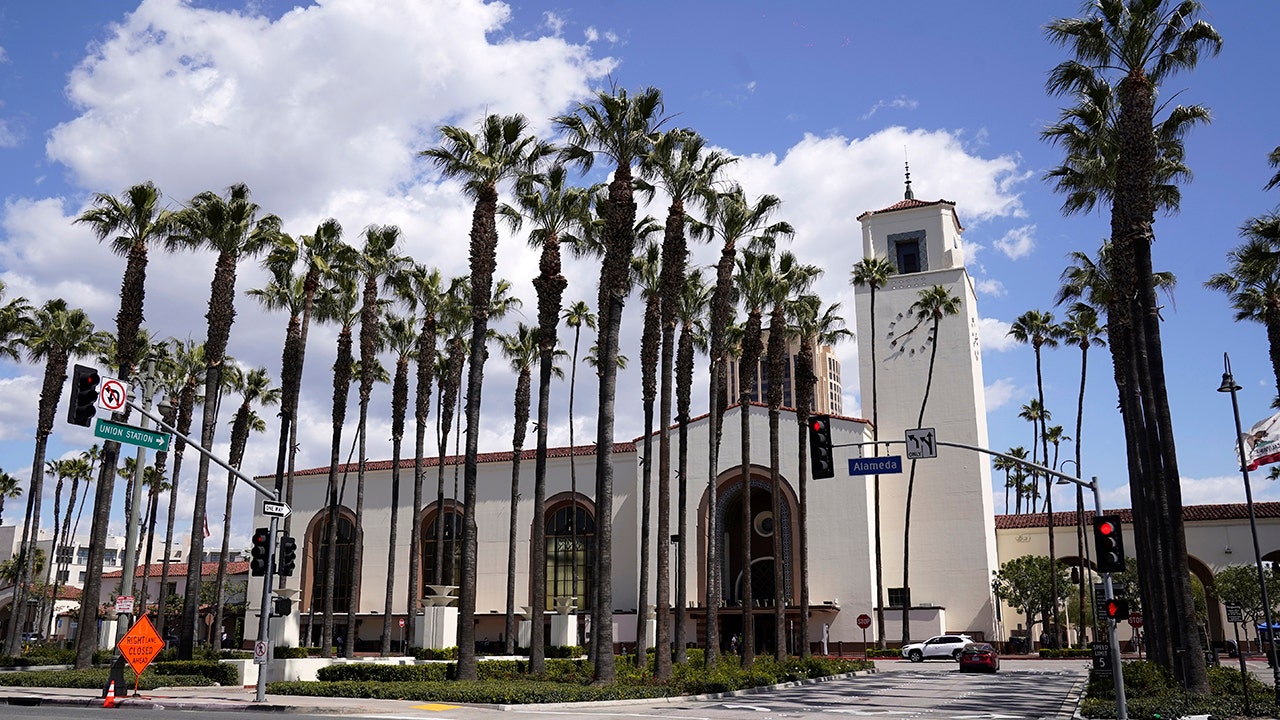 A Los Angeles County nurse was hospitalized in critical condition Thursday after being attacked by a homeless man in the downtown area, officials said.

During the assault, the assailant, who law enforcement said was a homeless man in his 40s, punched the nurse in the head, causing her to fall and strike her head against the ground, the station reported.

The man did not have any history of mental illness but had previous criminal violations, including violent offenses, on his record, officials said.

The exterior of Union Station in Los Angeles is seen March 23, 2021.
(Associated Press)

The ER trauma nurse was rushed to the same hospital where she works to undergo brain surgery, FOX 11 reported.

The bus stop where the attack took place had a Metro camera overlooking it, though it was not immediately known if the incident was recorded.

“Metro is appalled upon hearing of this incident. Metro’s highest concern is the safety of our customers, and along with our law enforcement partners, we have zero tolerance for crimes committed against our customers,” Metro said in a statement to FOX 11.

The attack against the nurse came as L.A. County hospitals were being overwhelmed by the surging omicron coronavirus variant. County officials confirmed more than 200,000 new coronavirus cases this week — the highest weekly total since the pandemic began, the Los Angeles Times reported.