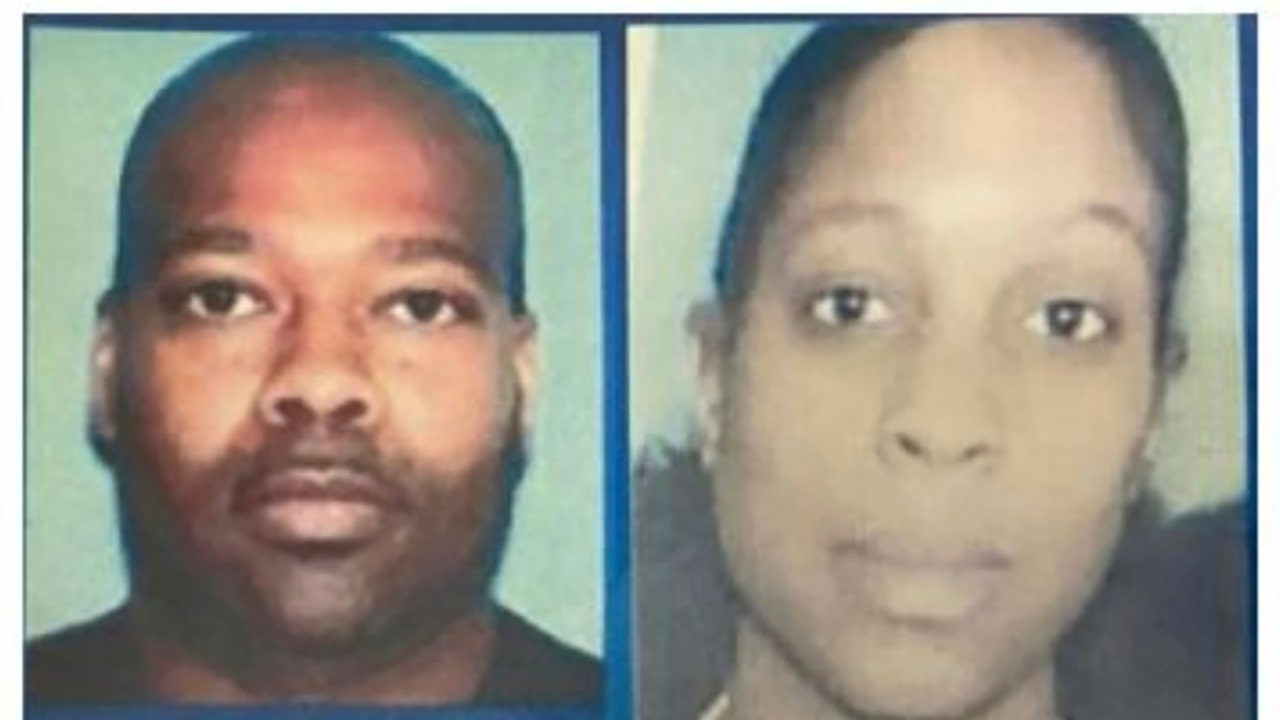 Following a manhunt, a Maryland man accused of kidnapping his daughters was found dead Thursday inside an SUV along with his alleged accomplice and his two daughters in an apparent murder-suicide.

Robert Vicosa, 41, Tia Bynum, 35, and his two children, Aaminah, 6, and Giana, 7, all died from gunshot wounds, Maryland State Police said in a release.

The two were wanted in a Pennsylvania crime spree, FOX 5 reported.

Pennsylvania State Police attempted to stop the SUV, which matched the suspect vehicle description, Thursday afternoon, but the driver went across the state line into Maryland, striking a culvert, skidding off the road and coming to a stop in a grassy area in Washington County.

Authorities work a the scene of a crash outside the small town of Ringgold, Md., Thursday, Nov. 18, 2021, that ended the manhunt for ex-Baltimore County Officer Robert Vicosa and his alleged criminal accomplice, Tia Bynum. The two had been on the run after allegedly kidnapping his two daughters, ages 7 and 6, from his estranged wife in York County, Pa. (Kevin Richardson/The Baltimore Sun via AP)

“Our crisis negotiation team made several attempts to contact the occupants of the vehicle,” Elena Russo, spokeswoman for Maryland State Police, told reporters. “After receiving no response and low visibility inside the vehicle because of a thick layer of smoke that was contained in the interior of the vehicle, police made entry into the passenger side.”

Maryland troopers found all four unresponsive in the SUV, Bynum in the driver’s seat and the other three in the back.

Vicosa was accused of kidnapping his daughters after sexually assaulting his ex-wife in  York County, Pennsylvania, according to FOX 5.