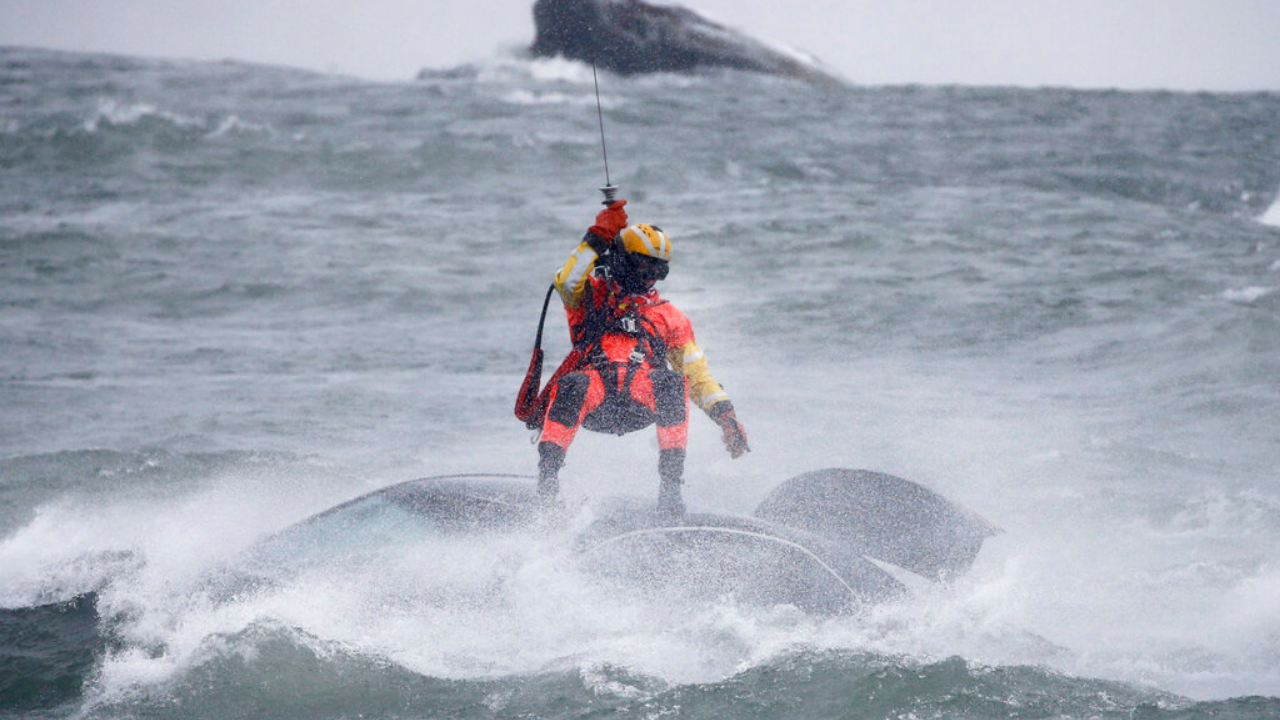 Officials in New York believe that a woman may have intentionally drove her car into the Niagara River on Wednesday, which prompted a recovery by the U.S. Coast Guard.

“The New York State Park Police investigation into yesterday’s incident of the vehicle entering the Niagara River is still ongoing. At this point in the investigation, entry into the water appears to be an intentional act,” the spokesperson said.

The woman, who was in her late 60’s and lived in the Western New York area, was pronounced dead but has not been identified through the medical examiner or coroner offices.

A first responder holds the body of a person who was pulled from a partially submerged in the Niagara River near the brink of American Falls, Wednesday, Dec. 8, 2021, in Niagara Falls, N.Y. A car entered the Niagara River and became stuck in the rapids just yards from the brink of Niagara Falls on Wednesday, the fate of any occupants of the vehicle unknown. It was not immediately clear how or where the gray car entered the frigid, rushing water or whether anyone was inside. (Derek Gee/Buffalo News via AP)
(The Buffalo News)

Water levels in the river were lowered by the Power Authority after New York State Park Police were notified of a black vehicle in the river at 11:50 a.m on Wednesday. The car was only 50 yards from the brink of the American Falls.

Drones and the Niagara County Sheriff helicopter were used to determine if any individuals were inside the vehicle, according to the spokesperson.

An official from the New York State Parks said that as of Thursday afternoon, the black vehicle is still in the Niagara river.

The Niagara Falls State Park Operations Team will be meeting today to discuss how the vehicle can be removed.

A U.S. Coast Guard rescue diver is lowered toward the vehicle lodged in the water at the brink of Niagara Falls, Wednesday, Dec. 8, 2021. (Derek Gee/Buffalo News via AP)
(Buffalo News )

Videos shared by a FOX 29 Buffalo reporter show a U.S. Coast Guard diver being lowered into the river to make the rescue.

According to the spokesperson, the investigation is still ongoing.