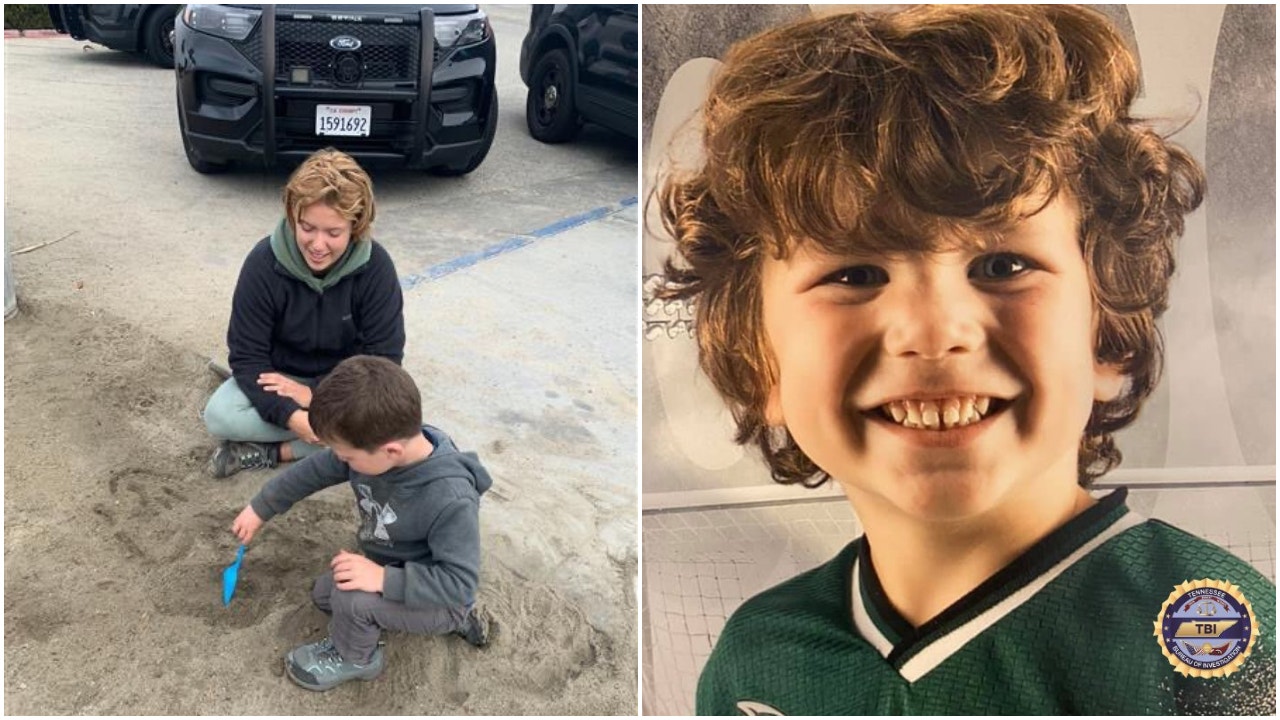 The minors had been missing since Nov. 6 and they were last seen in Tennessee, but authorities released photos Wednesday of the children in San Clemente, California, with Jacob Clare, 35, who was wearing a large backpack alongside his niece, Amber Clare, and his son, Noah Clare.

“UPDATE: #NoahClare and #AmberClare have been found safe and sound, just outside of San Clemente, CA! Jake Clare is in custody! More details soon!” the bureau tweeted on Wednesday.

Jacob Clare, a Kentucky man charged with aggravated kidnapping, is now in custody, according to the Tennessee Bureau of Investigation. Clare is the father of Noah Clare and uncle of Amber Clare.

Authorities issued an Amber Alert for Noah on Monday. They said he and Amber, who had been labeled as an endangered missing person, were missing since Nov. 6.

Clare was apparently en route to drop off his son with family after he picked up Amber, but no one has heard from them since. The family believes Jacob picked up Amber the morning of Nov. 6.