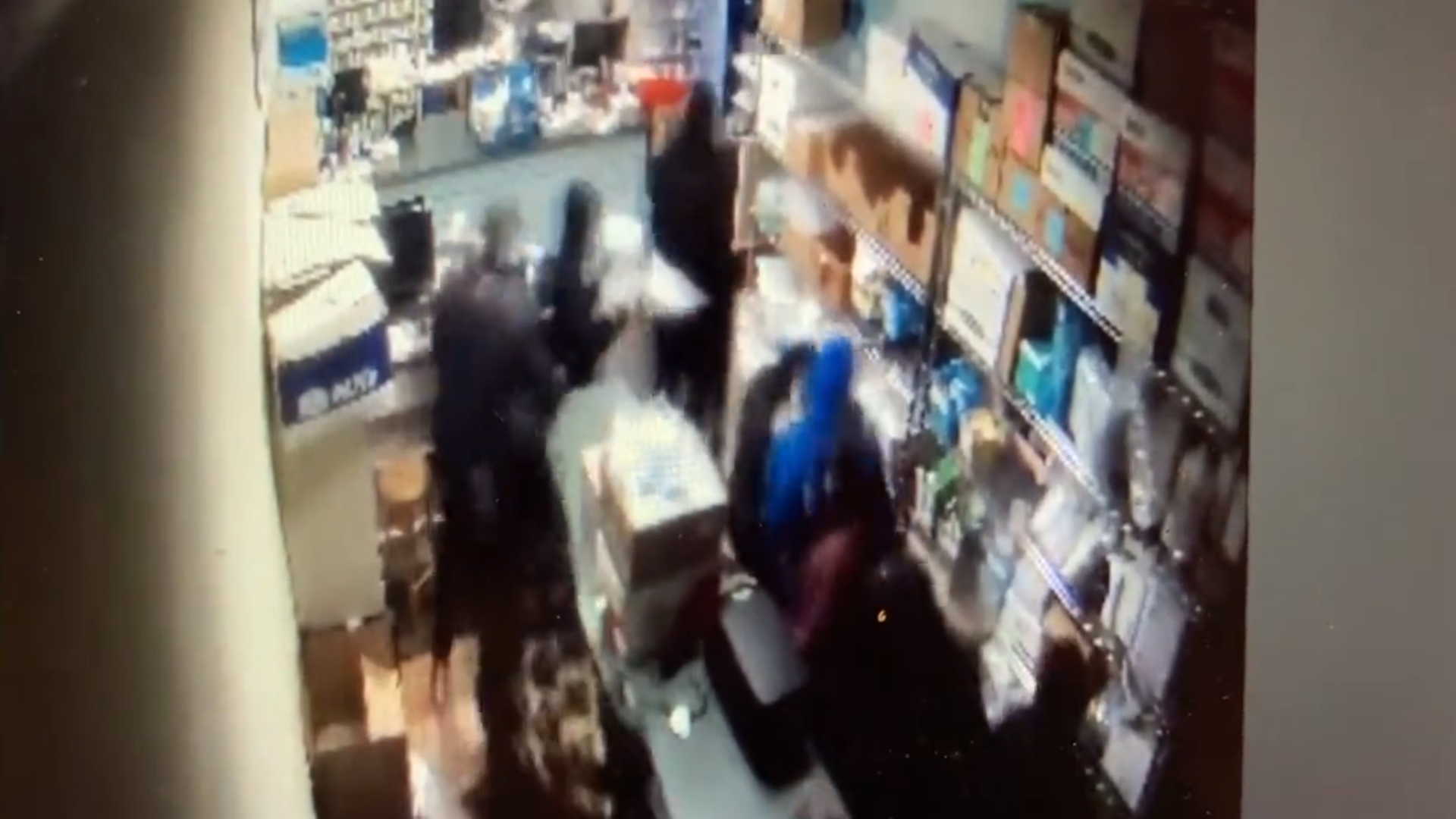 An Oakland pharmacy on Saturday became the latest business in the Bay Area to get hit by an organized robbery.

The brazen attack on the Wellspring Pharmacy was caught on video footage obtained by Fox News. It happened just before 7:40 p.m. Saturday according to the time stamp.

The robbery in Oakland caught on camera.

A large group of robbers can be seen tightly packed into a crowded space, rummaging through shelves, and grabbing handfuls of items before fleeing the scene.

Many are wearing black hoodies and masks, while others stand on counters.

The Oakland Police Department told Fox News that investigators are still collecting information about the robbery.

9-YEAR-OLD FLORIDA GIRL PROTECTS MOM FROM SUSPECTED ROBBER WITH BARRAGE OF PUNCHES: ‘RIGHT IN THE FACE’

Police told Fox News that the pharmacy robbery was one of “nearly two dozen robberies and critical incidents that occurred Saturday.”

Over the weekend the Bay Area saw back-to-back flash mobs ransack a Nordstrom and a Louis Vuitton over a 24-hour period.

Multiple people broke the windows of the Louis Vuitton Friday night and “emptied out” the store of its high-end merchandise. Eight people were arrested in connection to that looting.

The next night, about 80 people dressed in ski masks armed with crowbars stormed a Nordstrom location in Walnut Creek, about 20 miles east of Oakland.