Skip to content
Home US Only 42% of DC murder cases were closed after anti-police movement and it could get worse, criminologists say

WASHINGTON, D.C. – This is the first story in a series about murders in Washington, D.C.

Killers weren’t arrested in more than half of the murders committed in the nation’s capital in 2021, according to one analysis – a figure that could worsen without major changes, given the nature of how homicides are solved, criminologists told Fox News Digital.

The main reason so few murder suspects were arrested is because of how far trust in the police dropped in the fallout after an officer killed George Floyd in May 2020, the criminologists said. Witnesses, as a result, became less willing to cooperate with detectives.

“If people are less confident in the police, want to have less contact with the police, they’re not going to be as cooperative,” a University of Missouri-St. Louis criminology professor, Richard Rosenfeld, told Fox News Digital. “The police therefore lose that valuable form of assistance as they’re trying to solve homicides.”

“The police can’t clear crimes on their own,” Rosenfeld continued. “Those of us who happened to witness the event are key ingredients in the ability of the police to clear a homicide or any other serious crime with an arrest.”

Rosenfeld and other criminologists described vicious cycles that can form. Essentially, a decrease in police trust can cause homicides to rise and arrests to fall, which further harms police trust.

Murder cases were closed in 42% of Washington, D.C.,’s homicides in 2021, meaning police found murder suspects in about two out of every five murders, according to data compiled and analyzed by D.C. Witness, a nonprofit that tracks murders in the nation’s capital.

Homicide clearance rates dropped to 42% in 2021, according to D.C. Witness. That’s an eight-point drop from 2020 and the lowest level since the group began collecting data.

That’s also about eight percentage points lower than in 2020, the data shows.

Washington, D.C.’s Metropolitan Police Department (MPD), which counts clearances toward the year it was closed rather than the year of the homicide, had a clearance rate of 67% – a two percent drop from 2020. That year, however, was a slight increase from 2019, MPD data shows.

It’s important to note that police had less time to investigate and close homicides that occurred at the end of the year.

The nation’s capital, like other major cities across the U.S., saw anti-police riots and protests, as well as political leaders calling for budget cuts to law enforcement throughout the second half of 2020.

By June 2021, MPD projected that it had $3 million unspent from its operations and staffing budget due to “higher than anticipated attrition” and unfilled vacancies, according to a document the mayor’s office sent to the city council. And by December, the police force had dropped to 3,550 – the lowest in two decades, which the mayor’s office blamed on attrition and a council-imposed hiring freeze.

The social justice movement and the defund the police movement were “taken very seriously by our council, and the numbers of police officers that we have today are reflected as such,” the deputy mayor for public safety and justice, Christopher Geldart, told Fox News Digital. He stressed that MPD has faced constrained resources but noted that hiring is back on track.

Allen pressed back, noting to Fox News Digital the unspent $3 million and the size of MPD’s budget – roughly $550 million.

Geldart also said detectives could investigate more aggressively if MPD had more resources, though he also stressed the importance of violence prevention programs and embraced a government-wide approach to addressing crime.

WASHINGTON, DC – JANUARY 07: Members of the Metropolitan Police Department of the District of Columbia are seen in front of the U.S. Capitol.
(Joe Raedle/Getty Images)

Over the summer, a 6-year-old girl was killed. The next night, a shootout between two cars near Nationals Park – frequented by national leaders, including Supreme Court justices – left three injured and caused baseball fans to flee the stadium.

A stray bullet killed a Peace Corps worker in June on 14th Street NW – a lively area littered with bars and restaurants that rarely sees gun violence. But a few weeks later, two more were shot close by, near Le Diplomate, a D.C.-famous eatery where both President Biden and Vice President Harris have been spotted.

Violence typically escalates in the summer. But on just one day in December, a series of unrelated shootings throughout the city – including in commercial corridors and residential neighborhoods – left one dead and several injured. Bullets even struck a municipal building and damaged two windows.

Most of those shootings were rooted in crew-on-crew violence, Geldart said.

He pointed to several interventions the city implemented. Some involved preventative measures, such as violence prevention programs, and others were police-involved, like serving more than 13 warrants over a short period in a few areas.

MPD deployed visible police patrols, a specialized unit that assists in communities with spikes in criminal activities, and engages with communities through outreach, a department spokesperson told Fox News Digital in an email. She said the department prioritizes the removal of illegal guns.

“Again, not satisfied, not happy with the outcome, but I do think it could have been a heck of a lot worse,” Geldart said.

The deputy mayor also said the pandemic’s effect on the city’s “whole ecosystem of public safety and justice” played a role in both murder and clearance rates. He highlighted the challenge of going to communities to talk with people directly and making initiatives like violence interruption programs virtual.

Geldart noted that pandemic-related changes to the courts made it harder “to get folks off the street that need to be off the street.”

Criminologists could only speculate on what caused the nationwide murder surge in major cities, but several made clear that homicide clearances were closely tied to the community’s trust in the police.

The lower the trust, the more likely the police are to fail at making an arrest, which further decreases a community’s faith in law enforcement, the criminologists told Fox News Digital.

In other words, police trust and homicide clearance rates deteriorate together.

“There can be a very vicious cycle involving police efforts to solve homicides, which under circumstances last year and into this year meant that the police were solving fewer homicides,” Rosenfeld, the Missouri-St. Louis criminologist, told Fox News Digital. “As a result, community confidence in the effectiveness of the police certainly doesn’t improve or go up.”

“It very likely decreases,” he continued. “As community confidence in the police decreases …  we might expect homicides to go up, increasing the caseload, making it more difficult for the police to solve homicides.”

GEORGE FLOYD: WHAT TO KNOW

An August 2020 Gallup poll found that Americans’ confidence in law enforcement dropped to 48% – the lowest level since Gallup began tracking the metric in 1993. It rose to 51% in 2021 but was still two percentage points down from 2019.

The MPD spokesperson told Fox News: “MPD is working tirelessly and building upon relationships with the communities we serve to make them safer.”

“MPD emphasizes accountability and transparency to support an open and trusting relationship with the community,” she added, emphasizing the use of body cameras and an external review process. “MPD is committed to ensuring that each police interaction meets its high standards for fair and constitutional policing.”

A second spokesperson listed MPD’s various outreach programs, noting that the department participated in over 1,600 such events in 2020 and over 1,700 last year.

Massive demonstrations against policing don’t necessarily reflect Washington residents’ position, since the city is also the nation’s capital. But adjacent to a “Black Lives Matter” mural Bowser commissioned near the White House, an “= defund the police” painting was added by local activists, according to the DCist.

It “plays right into the ability for detectives to be able to make an arrest,” he said.

Allen also pointed to examples of police misconduct that has damaged confidence. “As we think about how to improve those relationships and community trust, it’s a two-way street,” Allen told Fox News.

Regardless, damaged police trust nationwide ultimately impeded criminal justice, the criminologists said, though several noted that some criticism of law enforcement was justified.

Cooperation from homicide witnesses, which criminologists said is crucial to murder investigations, is less likely if they don’t trust law enforcement.

And University of Nebraska Omaha associate professor Justin Nix said: “I imagine that it’s very frustrating when you feel like you know you’ve got the offender, but nobody, even though they were there, [will] talk to you.”

“They won’t provide that information,” Nix continued. “And that ends up being very key in these cases.”

“Over time, there can be cynicism, both among the community members and among the cops themselves about the solvability of these crimes,” Abt said. “It’s very important that we try to push back on that cynicism as much as possible.”

“Unfortunately, across the country generally, but especially in communities that are hardest hit by high homicide rates, there is this hopelessness that there’s really nothing that can be done and that it is this chronic problem that is beyond sort of solving,” he continued, noting that there are, in fact, solutions.

Low police trust harms other critical criminal justice elements in addition to witness cooperation, and other factors besides law enforcement confidence has likely played into homicide surges and declining clearance rates, according to the criminologists.

Decreased confidence in the police has led to more illegal guns being carried and used, according to the criminologists. And dismal police morale stemming from broad criticism led to significant attrition in departments nationwide, potentially leaving less experienced and less skilled detectives with increasing caseloads.

Additionally, the types of homicides that have increased in D.C. and nationwide – conflicts between rivaling crews, often started over a petty dispute and sometimes spanning generations – are particularly difficult to solve, the criminologists said.

The pandemic, especially early on, also made homicide investigations more difficult, according to the criminologists.

MPD told Fox News it had a 55% clearance rate on Dec. 9. That figure rose 12 percentage points by the year’s end, indicating that police closed about 27 cases over a matter of weeks.

The criminologists did, however, offer several strategies that, over time, could help decrease murder rates. Such initiatives would both instill a greater degree of police trust and reduce homicide caseloads, ultimately improving clearance rates, they said.

Most of these involve escalating violence interruption initiatives and providing law enforcement with the full resources needed – regardless of whether that leads to increasing or decreasing budgets, the criminologists, who broadly criticized the defund the police movement, told Fox News. They also said law enforcement agencies need to seriously consider degrees of reform, though they clarified that not all proposed changes were worthwhile.

Source link Only 42% of DC murder cases were closed after anti-police movement and it could get worse, criminologists say 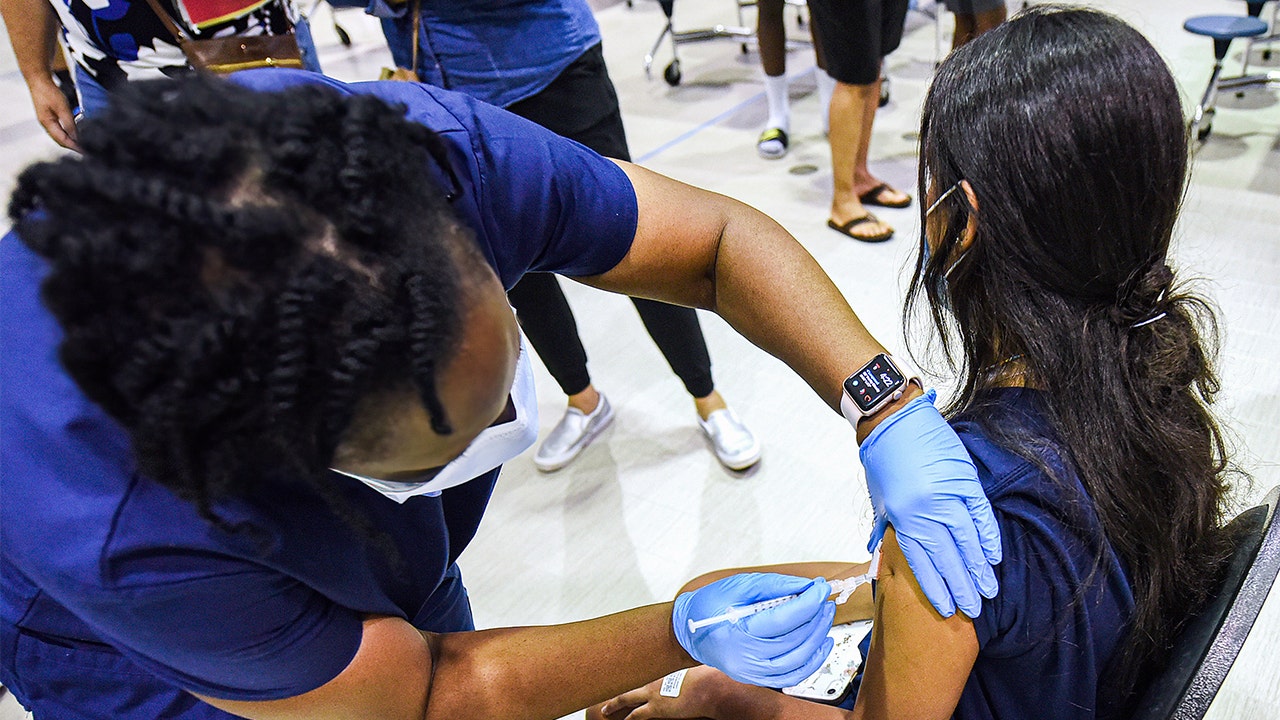 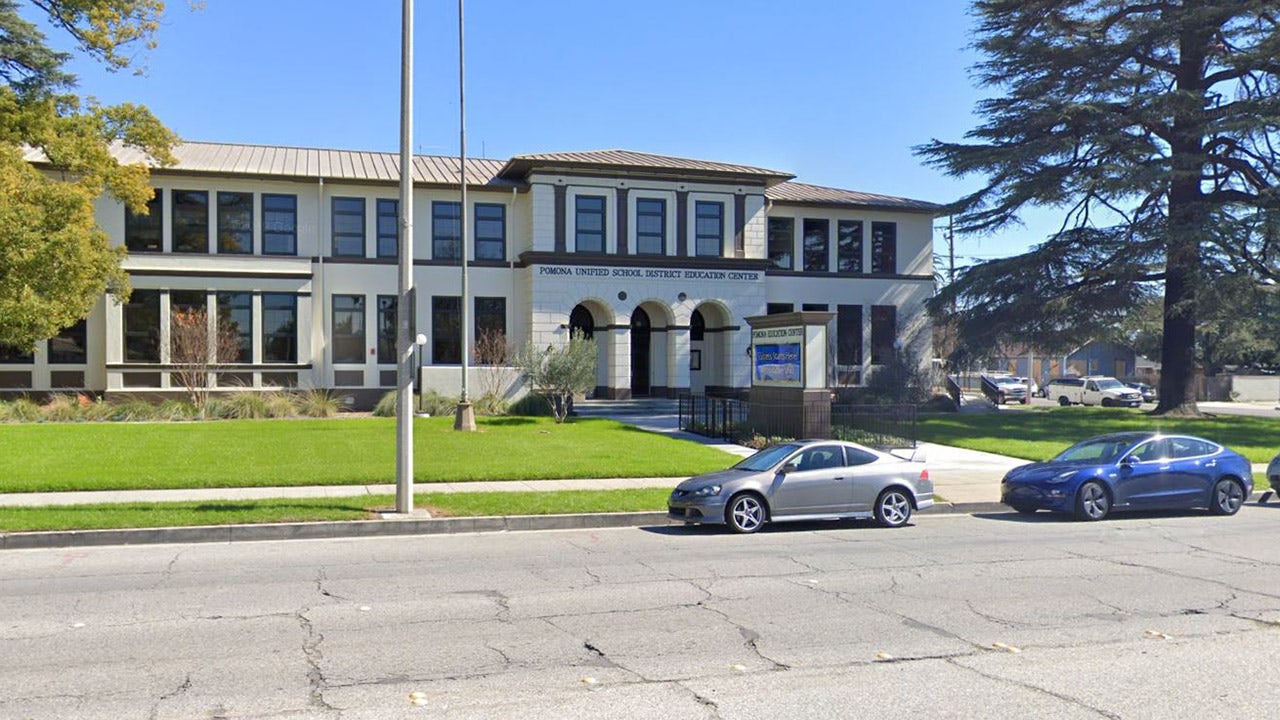