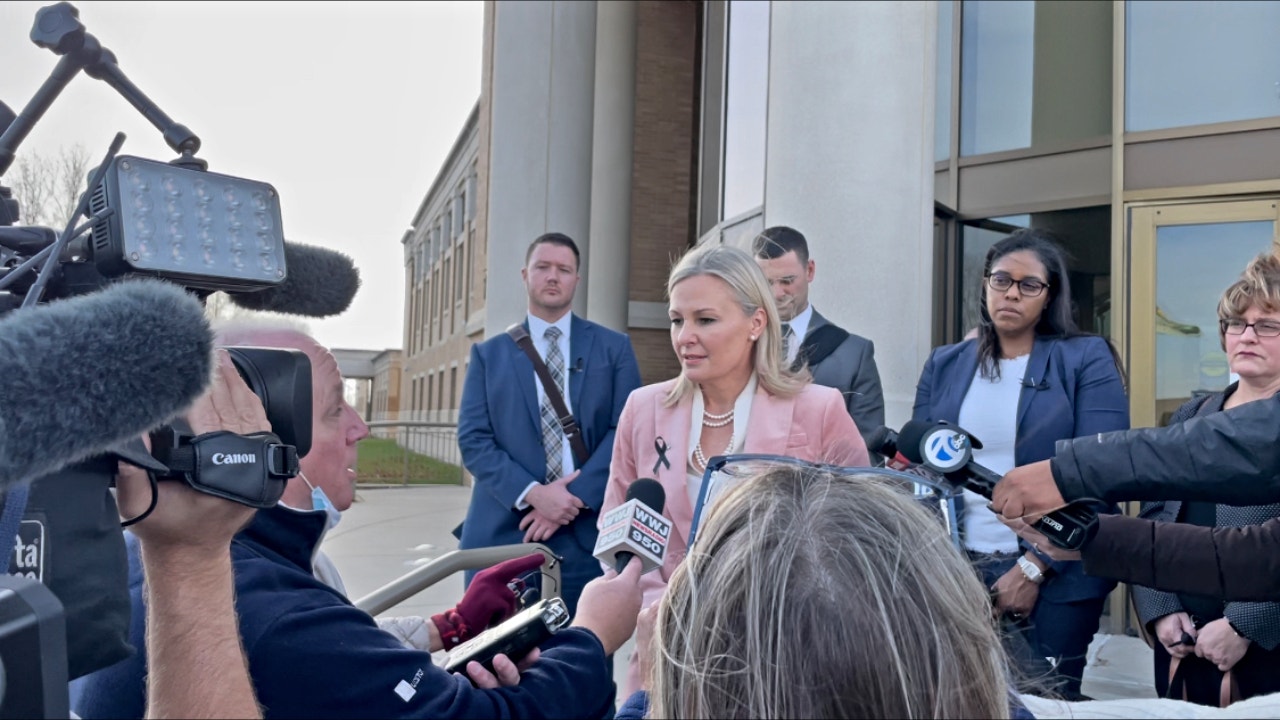 The parents appeared before an Oakland County court Tuesday, wearing prison uniforms and handcuffs. Judge Julie Nicholson said a preliminary examination, when the couple will appear next in court, would be held on Feb. 8, 2022, as attorneys comb through hundreds of pages of discovery, or evidence, in their respective cases.

“I’m not concerned at all. I have, in my view, the best lawyers in the state behind me. We’re prepared. We’re going to argue vigorously that they should remain detained based on the fact that they — when the charges were issued — didn’t turn themselves in, and they tried to flee and the seriousness of the crime, so I’m not concerned,” McDonald said Tuesday.

She continued: “We’re going to treat this case like we do every other case. We will release documents and evidence the moment it won’t impact our prosecution.”

McDonald said earlier Tuesday during the probable cause conference that there are still hundreds of pages of discovery to examine, and her office only had access to about “a third” of that discovery as of Tuesday.

“Our focus is on the victims in this case and the prosecution,” she said.

While there is “certainly” enough evidence “to establish the charges” in the Crumbleys’ cases, there is still “more investigation that needs to be done.”

“There were hundreds of children in school that day,” the prosecutor said. “So, we feel we owe it to the victims and that community to delay long enough so that we can…properly prepare and give them time to heal.”

James and Jennifer Crumbley are facing four counts of involuntary manslaughter each after their 15-year-old son was accused of killing four students at Oxford High and injuring seven others, including a teacher, in a Nov. 30 shooting.

Ethan Crumbley was subsequently arrested and charged as an adult with one count of terrorism causing death, four counts of first-degree murder, seven counts of assault with intent to murder and 12 counts of possession of a firearm in the commission of a felony.

A probable cause hearing for Ethan Crumbley was adjourned Monday until Jan. 4.