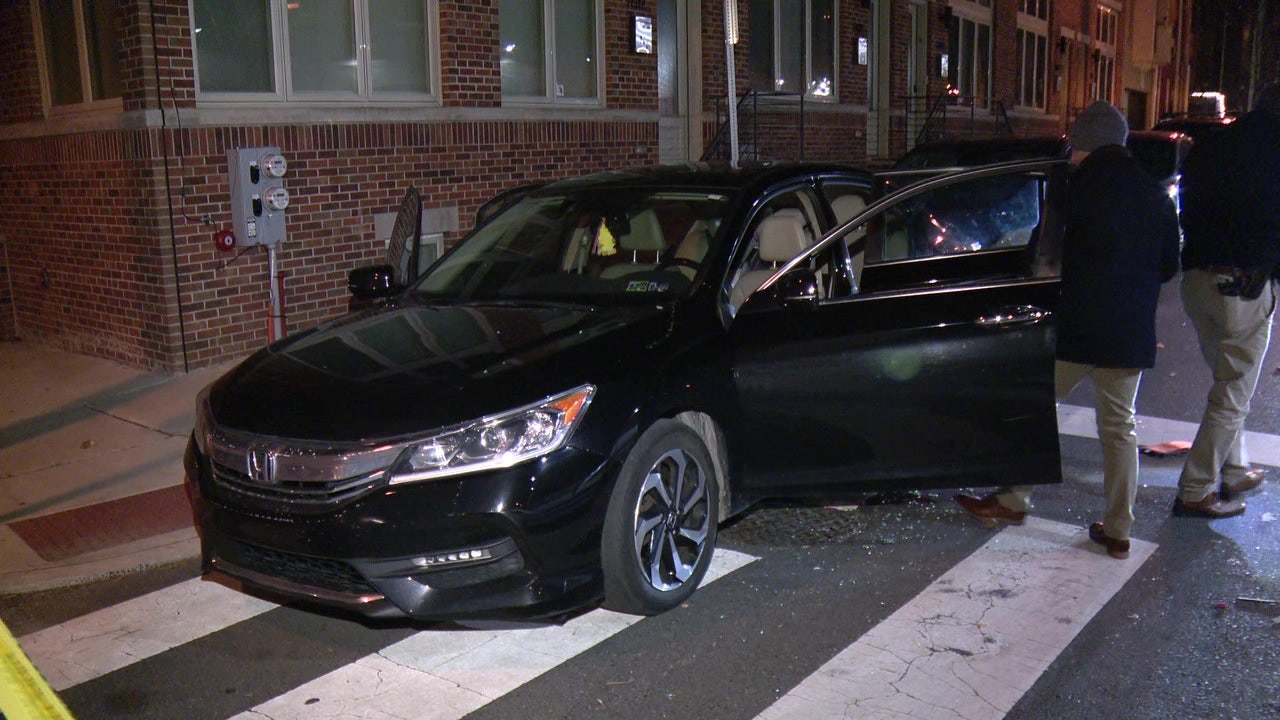 A Philadelphia health care worker, who is licensed to carry a firearm, fought back against an armed assailant Monday night, shooting him multiple times during an attempted carjacking, authorities said.

The incident happened just before midnight in the 1700 block of Folsom Street, Philadelphia police said.

The 32-year-old victim was sitting in his Honda Accord when an 18-year-old Black male came up to the driver side door and pointed a gun at him, police said. The victim then drew his own gun and fired five shots at the suspect, striking him in the cheek, neck and right thumb.

The 32-year-old victim was sitting in his Honda Accord just before midnight on Folsom Street in Philadelphia when an armed man approached the driver side door and pointed a gun at him, police said.
(FOX29 Philadelphia WTXF)

The suspect fled the scene and later arrived at Penn Presbyterian Medical Center by private vehicle. He was currently in stable condition and police put him under arrest.

The victim, who is said to be cooperating with police, is a health care worker who was working for a person inside a residence near where the incident occurred, FOX29 Philadelphia reported. He told police that he believed the suspect was trying to rob him.

The victim fired five shots at the suspect through  the window of his car, police said.
(FOX29 Philadelphia WTXF)

Police recovered a weapon from the scene and were continuing to investigate.

It was the second time in a week that a victim with a license to carry a firearm fought back against would-be carjackers in Philadelphia. On Jan. 3, a Lyft driver shot two men multiple times while they stole his car. Both suspects were later arrested.

The incident was one of three carjackings that occurred overnight Monday, WPVI-TV reported. In one incident, four suspects shot a victim in the foot but left without taking the car. In the other, three suspects stole a car and crashed it into three parked vehicles while leaving the scene.

The carjackings come as Philadelphia saw at least four people killed in shootings across the city Monday night, according to FOX29.

Philadelphia police statistics show there have been 17 citywide homicides during the first 10 days of the new year, a 31% increase compared to the same period last year.