The policies of progressive district attorneys in Los Angeles and elsewhere around the country, like not seeking bail or declining to prosecute certain crimes, are failing their own communities, according to the L.A. County prosecutor who led the Gabriel Fernandez case in 2014.

After an unidentified homeless man knifed a 24-year-old California grad student to death in a furniture store — and another one allegedly killed a 70-year-old woman at a Los Angeles bus stop last week — Jon Hatami says voters need to pay closer attention to D.A. races in their communities and choose more qualified candidates.

Brianna Kupfer was at work Thursday at the Croft House, an upscale furniture store on North La Brea Avenue, when the suspect walked in and stabbed her to death. Investigators called it a “random act” at a news briefing Tuesday.

Los Angeles police are on the hunt for this unidentified man in connection with the stabbing death of Brianna Kupfer, center, on Thursday.
(Kupler family  |  Crimestoppers)

Sandra Shells was a longtime ER nurse who police say needed brain surgery after an attack near Union Station early Thursday morning. She succumbed to her injuries at the same hospital where she worked. Kerry Bell, a 48-year-old homeless man who police reportedly arrested nearby, faces a single charge of murder.

Crime in Los Angeles is on the rise – and critics, including Hatami, are blaming the progressive politics of the city’s new top cop, George Gascon, and other left-wing leaders like him.

Hatami told Fox News Digital Tuesday that voters in cities with progressive prosecutors need to wake up to their new realities and vote them out.

He also said city leaders need to take tangible efforts to address the root causes of homelessness – which can include mental illness and substance abuse — rather than pumping money into housing that goes unused.

The suspected killer of 24-year-old UCLA grad student Brianna Kupfer appeared on surveillance video at a nearby 7-Eleven store buying a vape pen just 30 minutes after her murder.
(LAPD)

Los Angeles’ current district attorney, Gascon, is a progressive whom critics accuse of being soft on crime.

In a mission statement pinned to the top of his Twitter feed, Gascon declares that his office “will advance an effective, ethical, and racially equitable system of justice that protects the community, restores victims of crime, and honors the rights of the accused.”

LOS ANGELES, CALIFORNIA – JANUARY 17: Flowers are placed outside Croft House furniture store in memory of graduate student Brianna Kupfer. Kupfer was stabbed to death by an unknown assailant while working in the store on Thursday January 13th in Los Angeles. (Photo by Emma McIntyre/Getty Images)

It goes on to highlight his commitment to reducing incarceration rates.

But liberal catch-and-release policies, coupled with unaddressed issues of mental illness and substance abuse among the city’s homeless population, leave the public at risk, Hatami argued.

“There are some people that are so bad that they deserve to go to prison,” Hatami said Tuesday. “And the reason for that is punishment, accountability and protection for the public.”

He took issue with Gascon’s conduct as district attorney and his past support for the controversial California Prop 47 and Prop 57, which reduced certain crimes to misdemeanors and lowered the amount of inmates in state prisons.

“So now you have a large group of people who are out of custody, who are committing thefts, who are addicted to drugs… who are not being held accountable for their actions,” he said. “And now they’re preying on innocent individuals.”

He also mentioned Gascon’s financial support from the left-wing billionaire George Soros and his cross endorsement of Milwaukee District Attorney John Chisholm, whose office recommended a paltry $1,000 bail for Waukesha Christmas parade attack suspect Darrell Brooks Jr. just days before the repeat offender was accused of plowing through a crowd with an SUV, killing six and injuring dozens.

“On the Kupfer case, it is tragic and heartbreaking that a young woman was murdered while she worked. Her family is now left to grieve the sudden loss of someone they loved and adored,” spokesperson Greg Risling told Fox News Digital.

The young woman’s killer remains at large, and Risling urged anyone with information to call police.

“For inquiries about rising homicide rates, you might want to ask LAPD,” he said. “And if a murder case is presented to our office and filed, the suspected killer faces up to life in prison.”

Chisholm has announced an investigation into his own office over the Brooks bail recommendation.

But accountability in progressive jurisdictions is also hard to come by, Hatami argued, when the prosecutors are working with the same goals in mind as mayors and governors.

Hatami said the rise in murders shows a lack of leadership in California and elsewhere in the country. Kupfer’s 60-year-old father Todd agreed.

“We have a lot of politicians that somehow forgot about people and think the key to getting elected is to support the lowest rung of our society and to give them rights and somehow that’s the answer to getting votes,” he told Fox News Digital Monday.

LOS ANGELES, CALIFORNIA – JANUARY 17: Flowers are placed outside Croft House furniture store in memory of graduate student Brianna Kupfer. Kupfer was stabbed to death by an unknown assailant while working in the store on Thursday January 13th in Los Angeles. (Photo by Emma McIntyre/Getty Images)

With the hunt for Kupfer’s killer ongoing, authorities and a group of donors are offering a $250,000 reward for information. Anyone with information is asked to call West Bureau Homicide at 213-382-9470.

The suspect is described as a thin Black man, standing more than 6 feet tall, with short dreadlocks. Surveillance images show he was wearing dark-rimmed sunglasses with orange lenses and a white face mask. He had on a black long-sleeved shirt, dark gray pants, and a dark backpack and shoes.

Police released surveillance video Tuesday that they say shows him buying a vape pen at a city 7-Eleven store just 30 minutes after the attack. 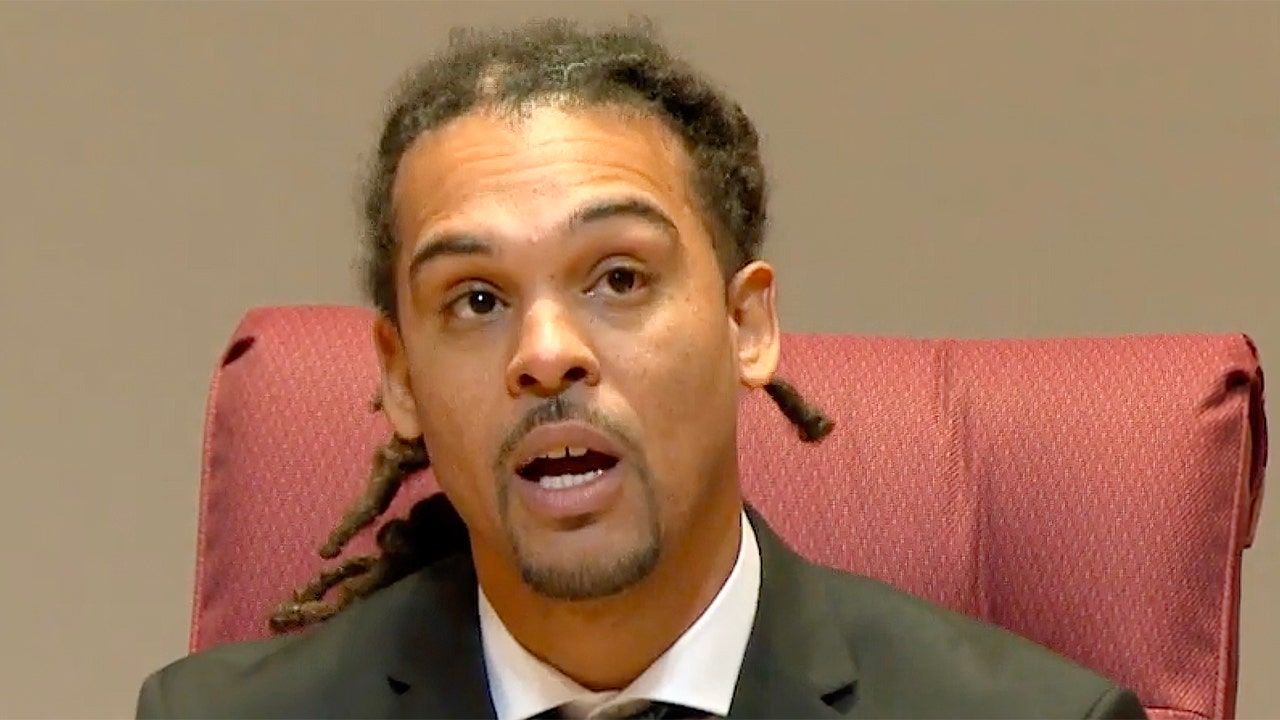 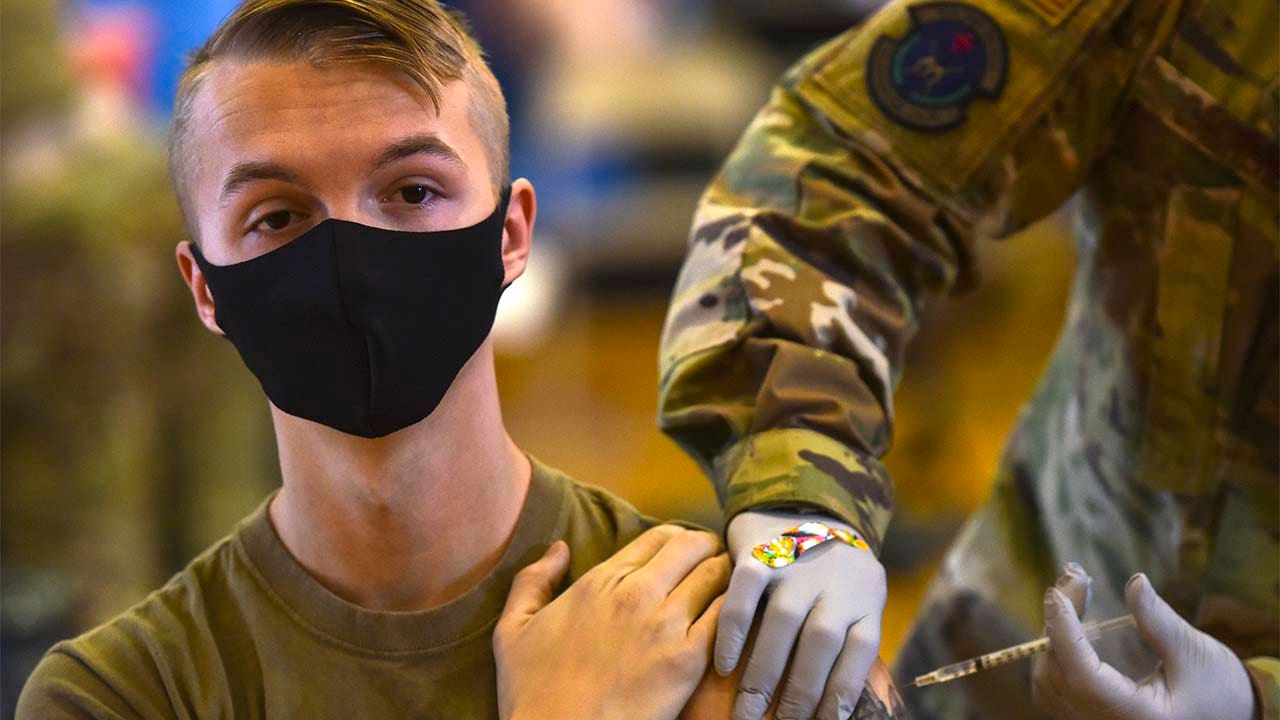