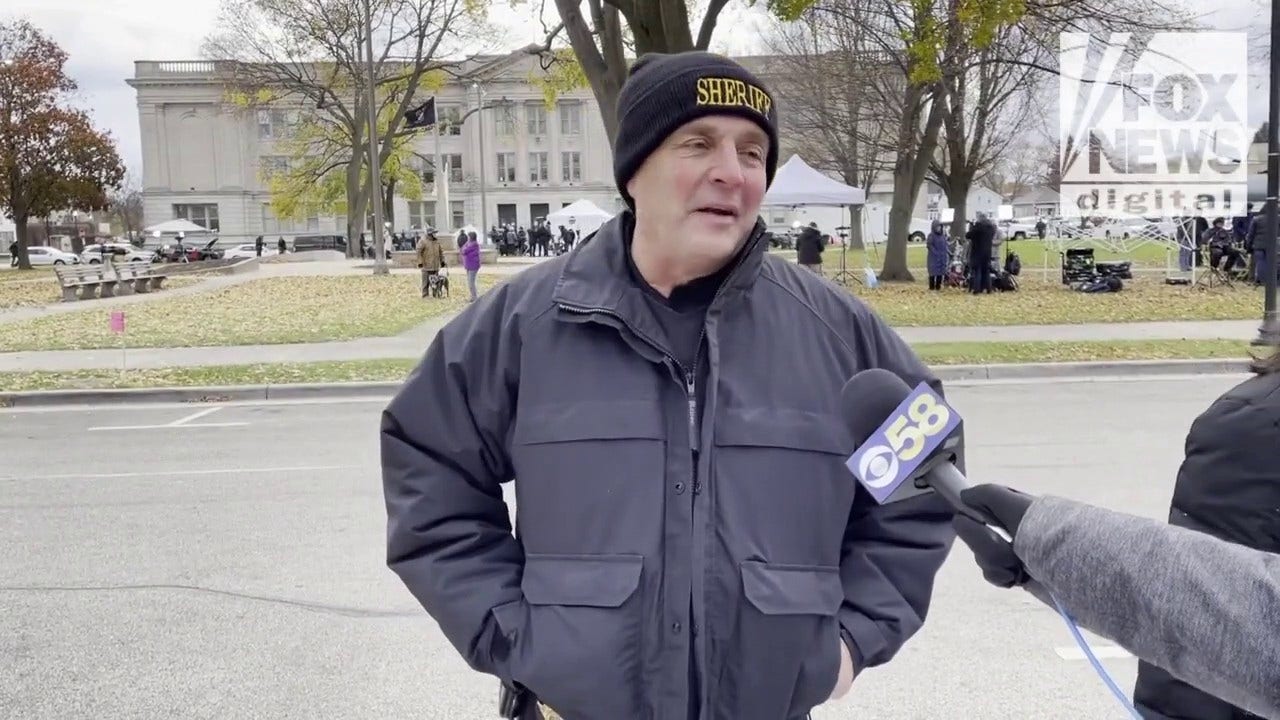 KENOSHA, Wisc. – A day after Kyle Rittenhouse’s trial Judge Bruce Schroeder excoriated the mainstream media for its coverage of the case and Kenosha law enforcement piled on, Sheriff David Beth dropped by the courthouse with an offering of good will.

“This is just to show we’re all on the same page,” the sheriff told reporters on a frigid Thursday afternoon across the street from the ongoing homicide trial, where he showed up around noon to give away cookies and coffee on his own dime.

Beth said that things appeared normal throughout the city, even around the courthouse where small groups of protesters and counter-protesters have been gathering daily as the country awaits the jurors’ verdict.

“We’ve got about 20 people here, they’re holding up signs and putting out what they would like to see,” he said. “I support that.”

On Wednesday, Judge Schroeder slammed media coverage of the trial, which critics have panned as dishonest and misleading for allegedly perpetrating false information about Rittenhouse and the scene in Kenosha on Aug. 25, 2020, when he shot three men, two of them fatally. His defense attorneys have argued self-defense, while prosecutors claim the teen provoked the violence.

The high-profile case attracted national attention and debates of racism, gun rights and other hot-button political issues, and some details surrounding the incident appear to have gotten lost in early reporting.

Former New York Times opinion editor Bari Weiss called the prevailing Rittenhouse narrative a “disinformation campaign.” In a New York Post op-ed, Miranda Devine said the mainstream media’s coverage was about race, class and “punching down at the White working-class son of a single mother because they don’t see him as fully human, and it makes them feel good.”

Although Rittenhouse is on trial for shooting three White men, Rep. Ayanna Pressley, D-Massachusetts, at one point described him as a “White supremacist domestic terrorist” while incorrectly asserting he’d driven across state lines with his rifle, which had actually been kept in a safe at a friend’s home inside Wisconsin.

Rittenhouse lived in Illinois, just near the border with Wisconsin, where he had a lifeguarding job. And Kenosha is just a 21-mile drive away from where he’d lived with his mom.

On Nov. 2, even Judge Schroeder lamented during the jury selection process about “irresponsible” news reports, including some that he called “deliberately biased.”

“The price paid for having a free press is a lot of irresponsible and sloppy journalism,” he said at the time.

He added that prior to the start of the trial, reporters were not afforded access to the evidence that the jurors would have, and that his speech was not “an attack on the media.”

He circled back to the media issue Wednesday.

“When I talked about problems with the media when this trial started, we’re there, in part…because of grossly irresponsible handling of what comes out of this trial,” the judge said in court Wednesday. “I will tell you this, I will think long and hard about live television in a trial again next time, I don’t know. I’ve always been a firm believer in it, but when I see what has been done, it is really quite frightening.”

WHO ARE ANTHONY HUBER, JOSEPH ROSENBAUM AND GAIGE GROSSKREUTZ

Later that day, the sheriff’s office and city police issued a joint statement after arresting two unruly protesters at almost the same exact spot Sheriff Beth set up his free handouts of coffee and cookies.

One, 20-year-old Anthony Chacon, appeared to attack a female counter-protester before body-slamming a reporter who tried to break up the scuffle. Then dozens of reporters witnessed him slapping the cameras of several photographers in the area before police took him into custody.

Kenosha Police arrest Shaquita Cornelious, 34, who is in favor of conviction in front of the Kenosha County Courthouse while the jury deliberates the Kyle Rittenhouse trial on November 17, 2021 in Kenosha, Wisconsin.
(Photo by Nathan Howard/Getty Images)

In first announcing the arrests Wednesday, the Kenosha Sheriff’s Department released a statement on social media saying “law enforcement needed to deploy several officers to keep crowds of citizens and media from interfering.”

Deputies had to maneuver around protesters and reporters covering the incident, prompting authorities to briefly chide them later in the evening.

“The media and the public have a responsibility to give space to law enforcement and allow them to perform their duties,” the joint statement read. “Please do so.”

Jurors spent Thursday in their third full day of deliberations before breaking just after 4 p.m. CT. Rittenhouse faces a maximum sentence of life imprisonment for the top charge of first-degree intentional homicide.

“No matter what verdict comes down, some people aren’t gonna be happy,” Sheriff Beth said. “And we can’t change that – it’s how the court system works. And we’re ready to help protect Kenosha.”

Fox News’ Stephanie Pagones and Joseph A. Wulfsohn contributed to this report.

Source link Rittenhouse trial: Kenosha sheriff doles out treats for media a day after chiding them over courthouse arrests