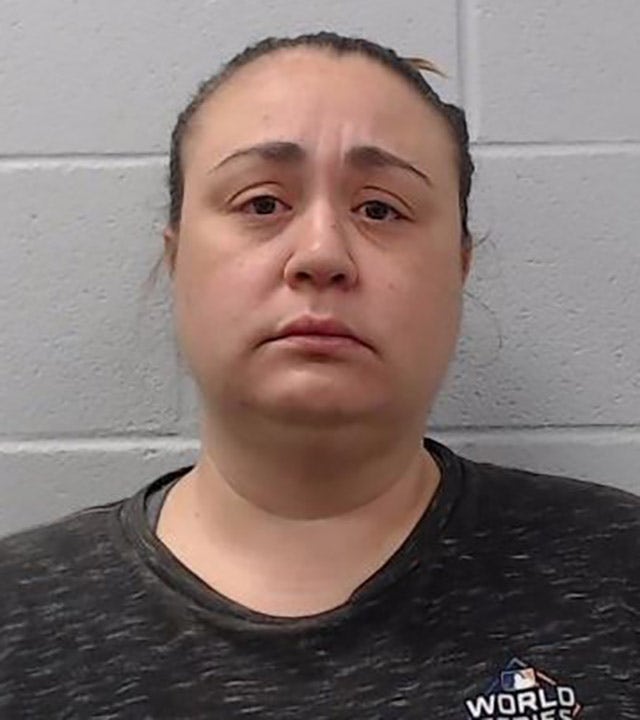 A Texas woman was arrested after she allegedly pointed a loaded gun at a 7-year-old out trick-or-treating on Halloween, authorities said Monday.

Deputies were called to a neighborhood in Buda, Texas, at around 7:20 pm for a report of an aggravated assault with a deadly weapon, according to the Hays County Sheriff’s Office.

Police said Monica Ann Bradford, 35, was yelling at trick-or-treaters outside her residence.

Monica Ann Bradford, 35, is accused of pointing a loaded gun at a 7-year-old child who was trick-or-treating on her street on Halloween. (Hays County Sheriff’s Office)

At one point, Bradford exited her home with a loaded gun, and pointed it at the child who was walking in front of her property, the sheriff’s office said.

“I was in shock. It’s Halloween, there are kids everywhere, how can somebody just come out with a weapon and scare these kids,” neighbor Connie Medina told FOX 7 Austin.

Neighbors told the station that Bradford had her front light on and it appeared the home was open for trick-or-treaters. Bradford was taken into custody and charged with aggravated assault with a deadly weapon – a second-degree felony.

The incident occurred during a violent Halloween weekend, which saw dozens of people wounded and at least 12 killed across the US

In Texas, 12 people were wounded and two were killed in a pair of shootings on Saturday and Sunday, authorities said.

Buda is about 15 miles southwest of Austin.