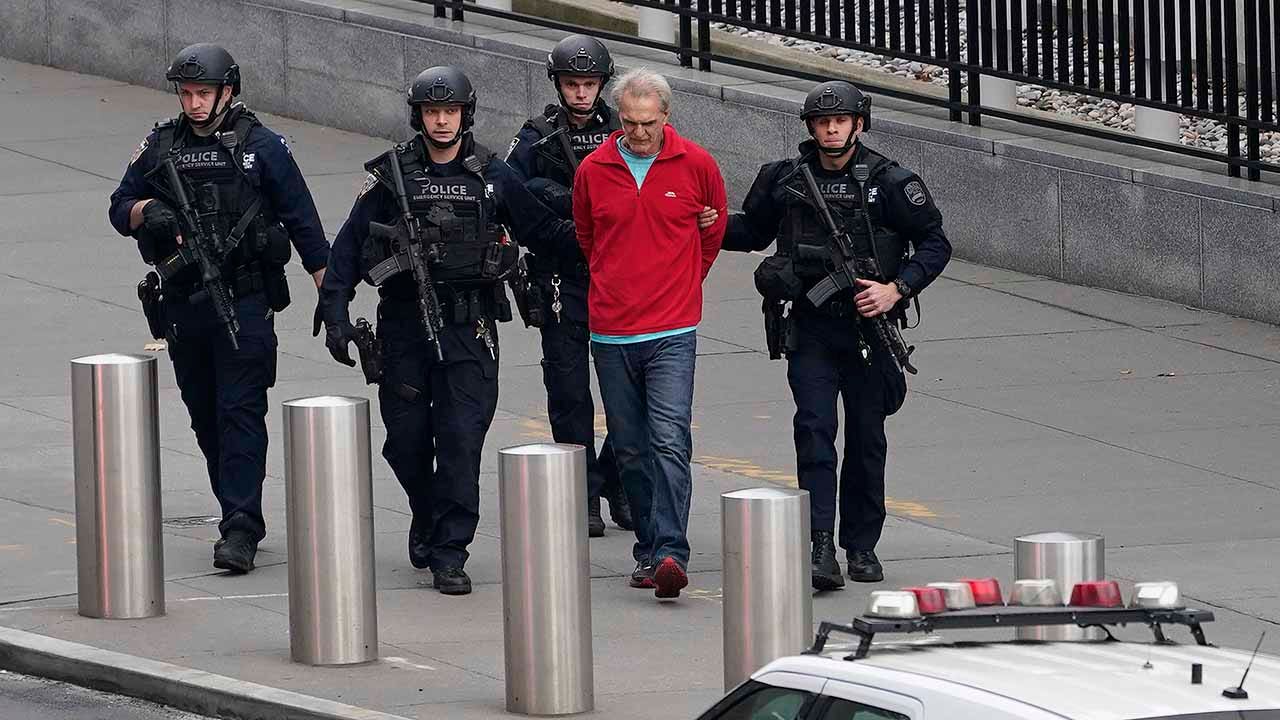 The man who held a loaded shotgun below his chin outside the United Nations headquarters Thursday as NYPD officers negotiated with him for hours until he finally surrendered wanted papers and other documents delivered to the intergovernmental organization, police executives said at a press conference.

New York Police Department executives said the incident “did not appear to be terror related,” as the suspect, who will not be identified at this time, wanted several documents, which included medical records and other papers with “no specific meaning related to terrorism” delivered to the United Nations. Exact charges are still pending, police said.

The man, described as a White male in his 60s wearing a red jacket, blue jeans, held a shotgun with one round directly under his chin. As an officer with the NYPD’s emergency services unit established and maintained a dialogue, at no point did the man point the gun at police.

NYPD executives said the man never mentioned killing himself, only that he wanted papers delivered into the United Nations and if officers did so, he wound surrender. The United Nations headquarters is considered its own territory, though it sits along the East River in Manhattan.

The man sought an “opportunity for him to get the attention he needed and it worked,” an NYPD executive said.

The suspect, originally from Florida, walked toward the United Nations Thursday morning from the Millennium Hotel on 44th St. near Times Square, police said. He checked in the night before and a truck associated with the individual was found parked out front. NYPD detectives said the bomb squad swept the trunk of the vehicle, the hotel and his room and did not find any threats to the public.

NYPD executives said the man had no criminal record or criminal history in New York or elsewhere.

The standoff began around 10:45 a.m. until the suspect surrendered around 1:40 p.m., police said. The investigation into the incident is ongoing.

Social media video had shown a man pointing a gun at himself outside the United Nations complex, Fox 5 NY reported.

An NYPD spokeswoman told Fox News Digital around 1 p.m. police were still “trying to establish dialogue with the individual.” She described the individual as a White male in his 60s “with a possible shotgun in front of UN location.”

“As the incident at 42nd Street and 1st Avenue in Manhattan continues, please stay clear of the area and expect traffic delays in the surrounding blocks due to closed streets,” NYPD News tweeted at 1:15 p.m. “There remains no threat to the public as NYPD cops are working to ensure everyone’s safety.”

The video posted online also showed NYPD officers in tactical gear and long guns, Fox 5 reported. Employees were sheltering in place at the United Nations complex, which consists of four buildings along the East River in Manhattan. Few additional details were immediately available.

NYPD had asked people to avoid the area of 42 Street and 1st Avenue – saying in a tweet that emergency vehicles could be expected in the surrounding area. The incident was also expected impact traffic along FDR Drive.

A spokesperson for the United Nations told Fox News Digital the incident started around 10:45 a.m. when a UN staff member who was entering the building at the 43rd Street gate alerted the UN guards at there that a man with what appears to be a shotgun on was on First Avenue.

“The NYPD was immediately alerted by UN Security and our security services took the decision to lock down the compound,” the spokesperson said.

By noon, the situation was still ongoing just outside the 43rd Street gate, but the building had been reopened for pedestrian exit and entrance at the 46th Street gate and vehicular access at 42nd Street.

The National Suicide Prevention Lifeline can be reached by calling 800-273-8255.

For those who don’t want to speak to a counselor, there’s also a national Crisis Text Line available 24/7 by texting “home” to 741741.