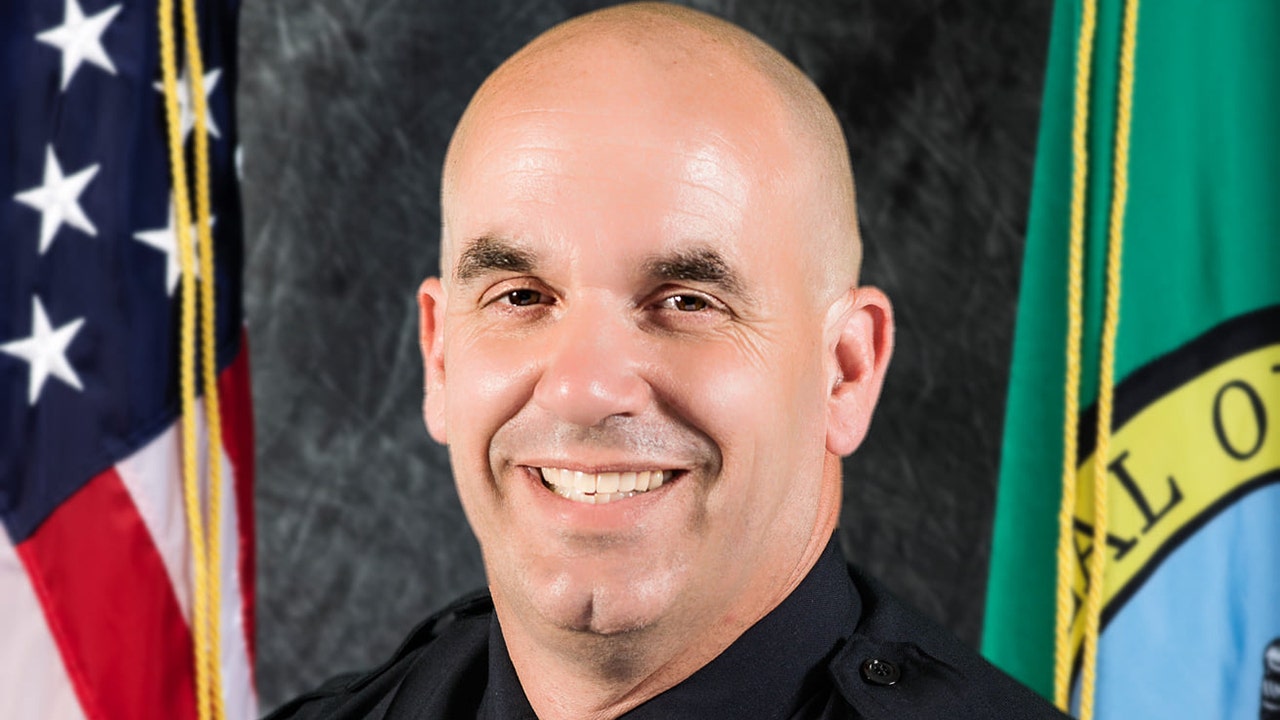 Authorities in Washington state are conducting a manhunt for two suspects accused of shooting an off-duty officer– who was out for a jog– when attempted to intervene in a burglary Sunday morning.

Donavan Heavener, a 27-year veteran of the nearby Federal Way Police Department, was on a morning run at around 7 am when he came across two men trying to break into a lawn equipment store in Puyallup, according to Puyallup Police Chief Scott Engle. The town is about 10 miles outside Tacoma.

Officer Donavan Heavener was shot in the abdomen while trying to stop a burglary in progress on Sunday morning.
(Federal Way Police Department)

The two suspects had a “verbal confrontation” with Heavener and shot him in the abdomen as they fled the scene, police said. He was transported to a local hospital with “very serious injuries” but is expected to survive, Engle said.

One of the two trucks that detectives believe was used by the suspects, a silver 2005 Chevrolet Silverado, was stolen from a nearby neighborhood at some point during the weekend.

Two suspects were trying to pull the front door off of this equipment store when Officer Heavener confronted them, according to police.
(Apple Maps)

The Puyallup Police Department located the truck on Monday evening after releasing new photos of the vehicle.

Another truck, a black 2003-2007 Chevrolet Silverado, was also used during the attempted burglary.

Police have not identified the suspects, who they describe as two Hispanic males wearing all black.

Heavener was a school resource officer for several years and now works in the Federal Way Police Department’s administrative division.

“Officer Heavener is also the State Director for the Washington Law Enforcement Torch Run and oversees more than 2,000 officers who participate in the event, bringing public awareness and raising nearly half a million dollars a year for this worthy cause,” Police Chief Andy Hwang said in a statement. “Officer Heavener is a valued member of our agency and is truly making a positive difference in the lives of people with intellectual disabilities.”