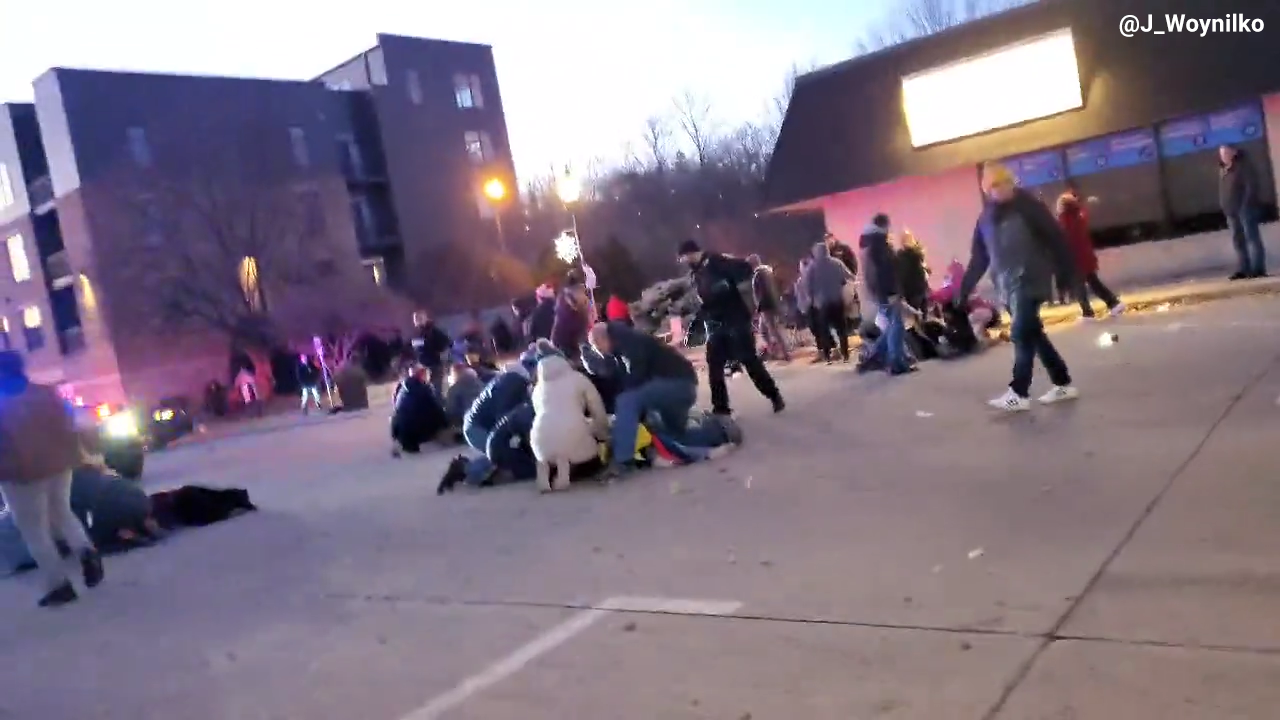 At least five people are dead and more than 40 are injured, officials say, after a vehicle plowed through a Christmas parade in Waukesha, Wisconsin, over the weekend.

As of early Monday, none of the victims have been publicly identified – but the Milwaukee Dancing Grannies, which describes itself on its Facebook page as “group of grannies that meet once a week to practice routines for summer and winter parades,” says its members are among the fatalities.

Chairs are left abandoned on Main Street the morning after a car plowed through a holiday parade in Waukesha, Wisconsin.
(REUTERS/Cheney Orr)

“Our group was doing what they loved, performing in front of crowds in a parade putting smiles on faces of all ages, filling them with joy and happiness,” it said in a statement. “While performing the grannies enjoyed hearing the crowds cheers and applause which certainly brought smiles to their faces and warmed their hearts.”

Police and emergency responders gather after a vehicle plowed through the Christmas Parade, (Scott Ash-USA TODAY NETWORK via REUTERS)

“Those who died were extremely passionate Grannies,” the group continued, adding that “our hearts are heavy at this most difficult time, as more information and updates become available it will be posted.”

The Archdiocese of Milwaukee also said in a statement that “among the injured are one of our Catholic priests, as well as multiple parishioners and Waukesha Catholic school children.”

“Please join us in prayer for all those involved, their families, and those who are traumatized from witnessing the horrible scene,” it added.

Crime scene evidence circled in spray paint is seen on Main Street the morning after a car plowed through a holiday parade in Waukesha, Wisconsin.
(REUTERS/Cheney Orr)

On Sunday night, the city of Waukesha said “we can confirm that 5 people are deceased and over 40 are injured. However, these numbers may change as we collect additional information.”

“Many people have self-transported to area hospitals,” the city added. “The Police Department has the person of interest in custody.”

That person of interest was identified Monday as Darrell E. Brooks Jr., a Milwaukee man with a criminal history dating back to 1999 that includes numerous violent felonies.

Source link Waukesha Christmas parade horror: Who are the victims?