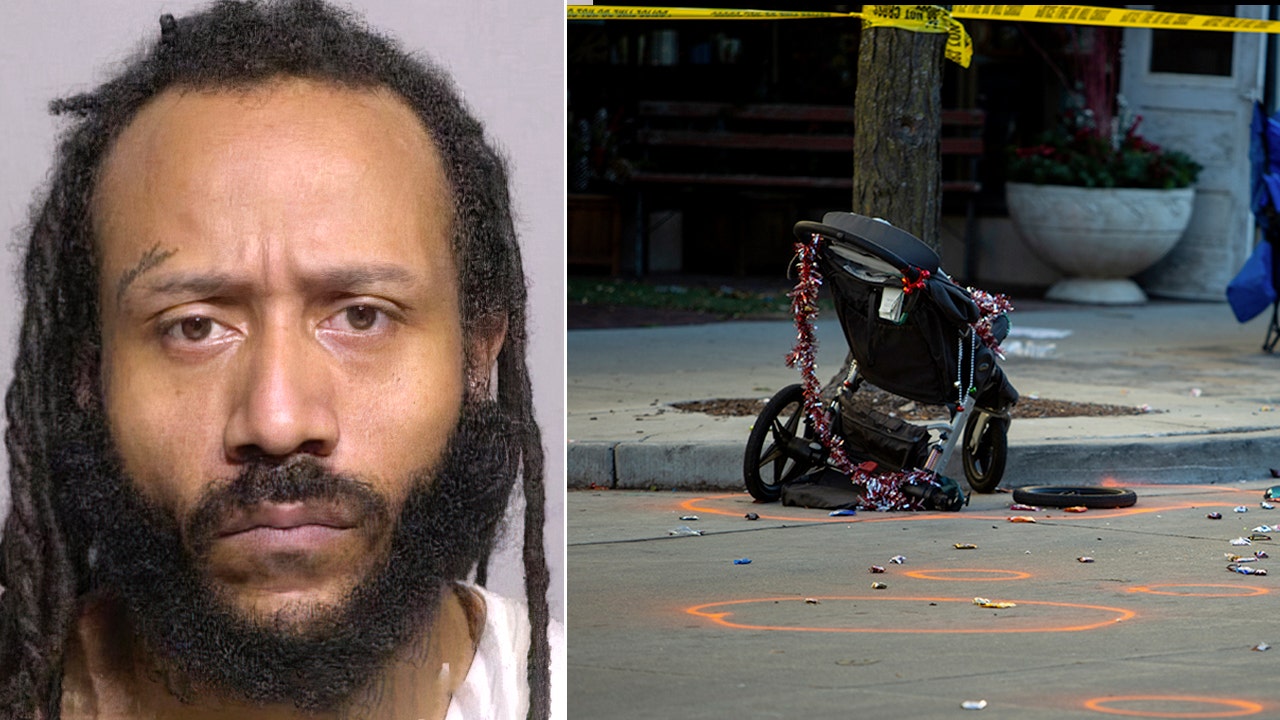 Darrell Brooks Jr. allegedly beat up his ex-girlfriend – and gave her a black eye and a split lip – in the minutes before he plowed his SUV through the crowd of revelers at a Christmas parade in Waukesha, Wis., killing six and injuring dozens more.

Brooks, 39, was “very upset and angry” with his ex-girlfriend because he thought she was talking to other men when he began driving erratically and physically attacking the woman shortly after 4 p.m. on Nov. 21, 2021, she told police.

New details surrounding the horror were revealed in a second amended complaint, filed late Wednesday in Waukesha County Court. The complaint notes the addition of 71 more charges against the career criminal, who was already facing six counts of first-degree intentional homicide.

Brooks gave his ex another black eye the day before, she said, and he was out on bail after allegedly punching her in the face and running her over with his red Ford Escape on Nov. 2.

Ahead of the attack, she said he was also verbally abusive and tried to steal her cellphone.

Brooks is currently being held on $5 million cash bond and is due back in Waukesha court on Friday morning. The new charges against him include first-degree recklessly endangering safety with the use of a dangerous weapon; hit-and-run resulting in death; felony bail jumping; and misdemeanor domestic abuse.

In Brooks’ only remarks from behind bars, he told Fox News Digital that he felt “demonized” and “dehumanized.”

The 32-page document provides a glimpse into the moments leading up to the terror, which began at around 4:40 p.m. on Nov. 21.

At around 4 p.m., Brooks had scared his ex by beating her up in the car and driving erratically – with one hand on the wheel and the other smacking her in the face, according to the amended complaint.

Her right leg was still in a boot at the time, because three weeks earlier, Brooks allegedly ran her over at a gas station.

As he drove around, hitting her and shouting, she said she got scared, got out of the car at a red light and called her friends for help – but he circled back in the car and shouted at her out the window.

Police later obtained surveillance video, taken around 4:30 p.m., showing Brooks outside the vehicle getting into an argument with his ex and two unidentified friends.

“One friend attempted to calm the situation but Brooks pushed the other friend in the face and then got into his SUV,” the complaint reads.

Days before the attack, Brooks was released from a Milwaukee jail on what prosecutors later described as “inappropriately low” bail despite a 50-page rap sheet and open warrant out of Nevada for skipping court on sex crime charges.

Brooks is also a registered child sex offender in Nevada and served time in Georgia for beating his ex, records show.

He already faced up to life in prison before prosecutors announced an additional 71 new charges against him Wednesday. Initially he faced six counts of intentional first-degree homicide. The new charges include dozens of counts of reckless endangerment, six for fatal hit-and-runs, two bail jumping felonies and, in connection with allegedly beating his ex, two more domestic violence charges.

Brooks has been in and out of criminal court for more than two decades, serving time in prison and racking up convictions for domestic violence, child sex crimes, firearms, drugs and battery.

Milwaukee District Attorney John Chisholm has announced an investigation into his own office for recommending the figure that Court Commissioner Cedric Cornwall agreed to.