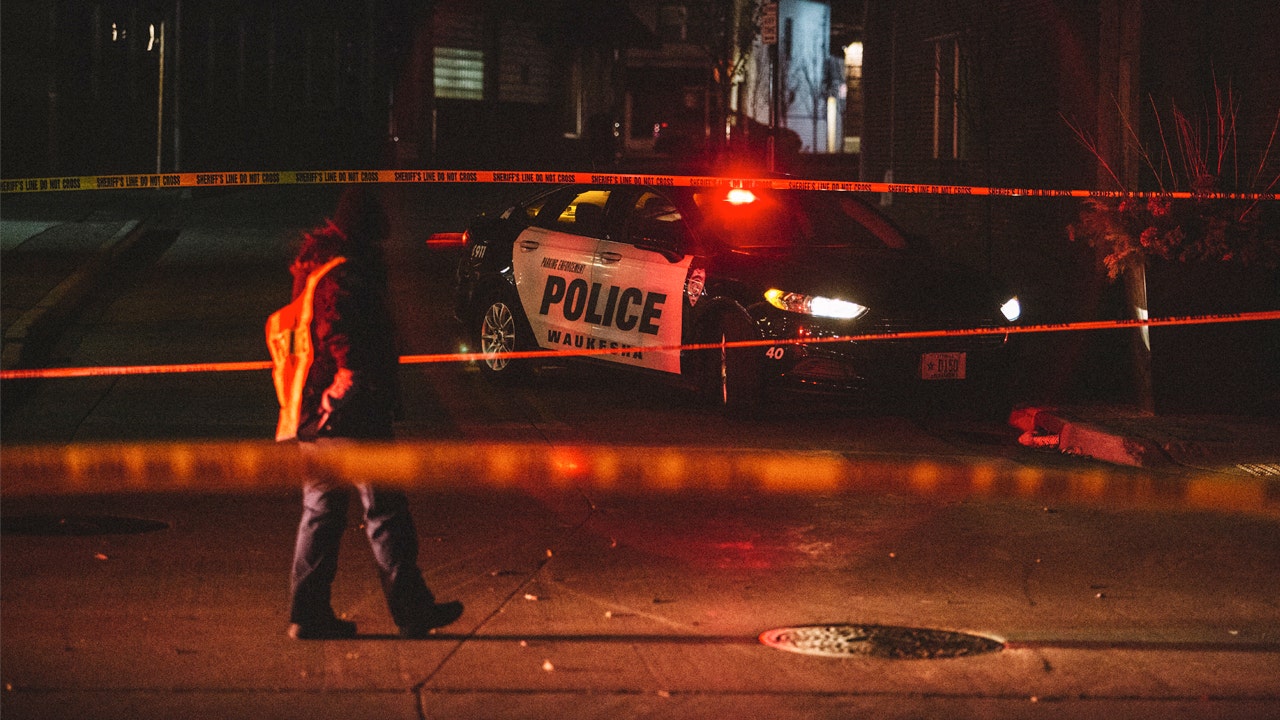 Authorities in a Milwaukee suburb continued overnight to deal with the aftermath after a red SUV plowed into Christmas parade marchers and spectators Sunday evening, striking more than 20 adults and children.

Some fatalities occurred at the Waukesha event, police Chief Dan Thompson told reporters, according to FOX 6 of Milwaukee, but authorities declined to provide immediate information as they continued to investigate and attempt to notify family members. More information was expected at a scheduled Monday news conference.

Chilling videos on social media showed the SUV plowing into parade participants, with loud screams audible from those who witnessed the horror. Other videos showed people running to the aid of the injured people.

“Oh my God!” a woman shouts over and over in one video, after a group of girls in Santa Claus hats and waving white pompoms is struck. Another video shows members of a marching band being hit, The Associated Press reported.

The aftermath of a deadly Christmas parade in Waukesha, Wisconsin, Nov. 21, 2021.
(@J_Woynilko)

“There were pompoms and shoes and spilled hot chocolate everywhere,” Corey Montiho, a Waukesha school board member and parent told the Milwaukee Journal-Sentinel. “I had to go from one crumpled body to the other to fund my daughter. My wife and two daughters were almost hit. Please pray for everybody. Please pray.”

“I had to go from one crumpled body to the other to fund my daughter. My wife and two daughters were almost hit. Please pray for everybody. Please pray.”

Gunshots were heard in the area but authorities said they came from a police officer who was trying to stop the vehicle, the AP reported. No one was hurt by gunfire, authorities said.

A Roman Catholic priest, multiple parishioners and Catholic schoolchildren were among those injured at the parade, an Archdiocese of Milwaukee spokeswoman told the AP.

The aftermath of a deadly Christmas parade in Waukesha, Wisconsin, Nov. 21, 2021.
(@J_Woynilko)

Parade performers the Milwaukee Dancing Grannies also were affected by the tragedy – and shared on Facebook that they were awaiting more information about their members who were injured.

“Please keep the Grannies, all those injured, and all those who witnessed this horrible event in your thoughts and prayers,” the group wrote.

The Waukesha Xtreme Dance team was another group that thanked the public for their concern, the Journal-Sentinel reported.

In addition to taking one person into custody, authorities in Waukesha also recovered the vehicle linked to the parade tragedy, the AP reported.

Chairs are left abandoned after a car plowed through a holiday parade in Waukesha, Wisconsin, U.S., Nov. 21, 2021. (Reuters)

Social media posts contained the name and photo of a possible suspect, but Fox News is withholding the information until it is confirmed by authorities.

Those injured included 11 adults and 12 children, the news agency reported. Children’s Hospital of Milwaukee said that as of 8 p.m. CT it had 15 patients and no fatalities.

Waukesha police were receiving help in their investigation from the Wisconsin Department of Justice, FOX 6 reported.

The Waukesha tragedy occurred about 55 miles north of Kenosha, where a separate march was held Sunday by those opposed to the verdict in the recently concluded Kyle Rittenhouse murder trial, in which Rittenhouse was acquitted Friday after being accused of killing two men at a protest in Kenosha last year.

There was no immediate indication that Sunday’s parade tragedy had any connection to events in Kenosha or to terrorism, according to reports.